‘There are countless beautiful existences.’ After 55 years, Moriyama shares the secrets to a groundbreaking street photo.

For more than 50 years, photographer Daidō Moriyama has walked the streets of his native Japan with a compact camera in hand creating high-contrast, grainy images of daily life that have pushed the aesthetic and conceptual boundaries of the medium. Rejecting the technical precision of photography that had gripped the West in favor of a deconstructivist approach, Moriyama strips the picture down to its most essential elements to evoke the raw energy of urban life.

To call him prolific would be an understatement. Over the past half-century, Moriyama has had over 100 solo exhibitions and authored more than 150 books of his work, including the recent paperback, Daidō Moriyama: How I Take Photographs by Takeshi Nakamoto (Laurence King). Here, the man who allows his photographs to speak thousands, if not billions of words, shares the wisdom gleaned from the daily practice of street photography, which requires him to always be ready to shoot in rapid bursts.

“Whatever the genre of photography, all images are records of humanity, the world, and the time they were made, which is amazing,” Moriyama reveals in his only English-language interview for the book. “As long as we hold a powerful tool like the camera, we have nothing else to do but keep taking photographs.”

Stark yet lush, Moriyama’s work fuses paradox as the streets become an extraordinary stage for comedy and tragedy, eroticism and eulogy to the intense state of modern life. Both straightforward and enigmatic, Moriyama’s approach was honed over a lifetime, recognizing that the secret to great photography lies in our ability to look and think anew, to ask questions rather than seek answers in our pursuits.

Hailing from Ikeda, Osaka, Moriyama was born in 1938 along with a twin brother, who died when they were two. As a child, he lived in the town of Urawa, outside Tokyo, before moving to the city in 1961 to join VIVO just before the eminent photographers’ group dissolved. Photographer and filmmaker Eikoh Hosoe brought Moriyama on as an assistant, working together on Ordeal by Roses, a series of dark, erotic images of writer Yukio Mishima. Hosoe’s radical approach to psychologically charged image-making helped pave the way for Moriyama to explore the medium on his own terms. After three years, the young photographer began his freelance career—and hasn’t stopped since.

“I am attracted to both mysterious and funny, created by the instant impact of encountering people and/or objects on the street,” Moriyama says. “By taking photos, I was fascinated by the strength of a photograph and its full potential. When I was young, I was influenced by the weather, but now I do not hesitate. I go out on the street whenever I feel like it. I have been freelancing for 55 years, and almost all if has been spent walking and photographing at the same time.”

In 1969, Moriyama began working with Provoke, the experimental small press Japanese magazine that sought to liberate photography from the tyranny of words and the art establishment. Embracing the grainy, blurry, out-of-focus style that pushed the medium of film into abstracted realms, Provoke asserted that power of photography on revolutionary terms. Though the magazine only lasted three issues, it introduced a new language of visual thought that continues to transform the way we think about photography and look at the world. 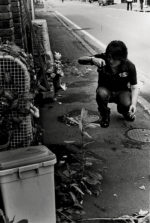 In Moriyama’s hands, the camera acts as a device to explore and record the mystical and the mundane in equal part, seeing them as two sides of the same coin. Moriyama makes us look, challenges us to see beyond the surface and into the very essence of being, beginning with something as simple and commonplace as detritus. “No matter whether it is abandoned or not, an object is an object,” he says. “I do not distinguish between discarded things and others. There are countless beautiful existences.”

In Moriyama’s photographs, what we may otherwise block out, ignore, or dismiss becomes something poetic, profound, and deeply intimate. The city, with all its manmade artifice, is can be ugly and brutal, beautiful and tender all at once. It is the space where desires burn and yearn, desperate, unfulfilled, momentarily satiated only to be hungry once more.

“Through street photography, I am always struck that the circumstances of human beings and outer world are all a labyrinth, and I feel impressed each time afresh. I often revisit and take photos in same cities, same towns inside and outside Japan, again and again. I find it interesting that the impression of the places are not the same every time; rather oddly, I feel a different impression of the place at each visit,” Moriyama says.

“As I continue to move between the moment cut off instantly by releasing the shutter and the outside world, over and over again, it enhances our skill and cultivates my way of viewing the world. To do street photography, you have to continue to photograph. Taking street snapshots is meaningless unless you keep taking them. For me, life means photographing.”

For Moriyama, photo books are the perfect corollary to the street: a wide-open expanse for possibility, discovery, and preservation. “The photography book is a medium that allows the artist to act freely on the memories and senses of the people who take it and see it,” he says. “Moreover, it is also an object that can be inherited and kept being viewed, making it a means of transmission to future generations.”

A true iconoclast, Moriyama continues to eschew the belief there are rules to photography or the way we should live our lives. He disregards the idea of originality, believing that photography is simply copying what already exists. A man of great conviction, Moriyama is dedicated to the act of making point-and-shoot snapshots—a genre that had long been disdained by the art world. Naturally, this never stopped Moriyama from following his path, along the way elevating the humble snapshot into the realms of fine art. “As a photographer, I make discoveries and have new experiences every day—that’s the essence of what snapshot street photography is,” he says. “There is no ‘lesson’ that I can give. Just photograph a lot.” 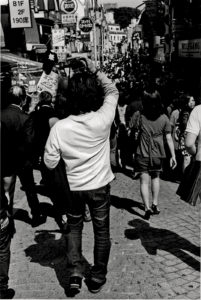 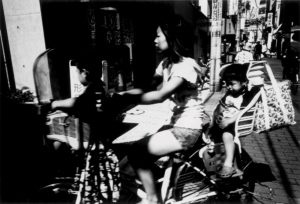 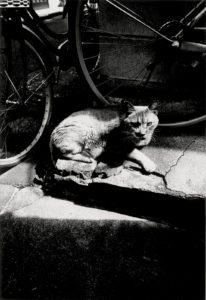 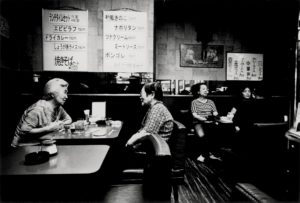 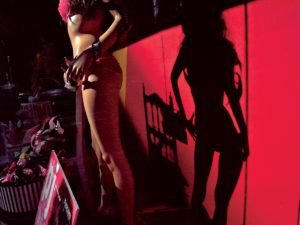 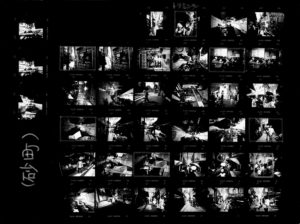 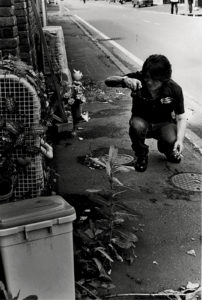 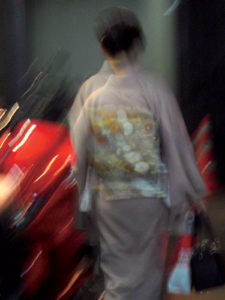 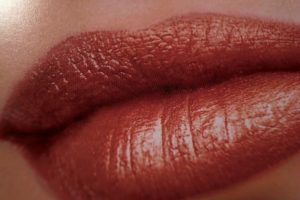