The jazz renegade pays tribute to J-Dilla with a guide to the producer's 5 most revolutionary hits.

He’s just coming off a 56-show residency last month at the iconic jazz club, The Blue Note. Some nights during his tenure he played straight-ahead jazz; others, hip hop. He nodded to the musical legacy of the club, but he also made a point to turn away from it. Throughout the month, his sets featured guests like Brooklyn rapper, Yasiin Bey (formerly Mos Def), and Detroit’s own T3 of Slum Village.

Bringing hip hop into a jazz club made him feel ambivalent; it’s unconventional and fun, but it’s also a bit incongruous. The energy doesn’t match the venue. The Blue Note is a sit-down club, and hip-hop is stand-up music. Even if the audience wants to get up and dance, they can’t. “It really sucks,” says Glasper. “This space won’t allow you to move too much. You can’t fit many people in.” Patrons are eating dinner; waiters are scurrying around with drink orders. “It’s just the way it is,” he says.

But at the same time: “I feel that it’s dope that The Blue Note is allowing me to bring these things into the jazz club,” he says. “I feel that jazz is the mother of hip-hop. And hey, let’s play the music of its son, here. You know, this is the kid, so it’s really hip-hop’s crib.”

Other times, that sentiment is forgotten and a quintessentially hip-hop attitude takes over; he’s the first person to tell people, “Yo, stand up if you feel it. Fuck that person behind you that’s like, ‘I can’t see.’ Get the fuck up too!” If it were up to Glasper, he would take every table out of the club and have people on their feet, dancing. To him, that—rather than plastic sofa slips—is what the spirit of jazz should be.

Or maybe he would leave the furniture. “One time I had people standing on tables here,” he regales. The year was 2011, and Glasper was playing with Chicago rapper, Lupe Fiasco. During the break between sets, Glasper says, “Mos Def called and was like, ‘Yo, you at the Blue Note? Imma follow through. I’m bringing someone.’” During the second set of the night, “We played this one joint, ‘Dumb It Down,’ by Lupe,” Glasper says. “And Lupe was like, ‘I believe we have two MCs in the house. I believe we have two MCs.’ Mos gets up and walks to the stage, and everyone’s like ‘Oh shit! That’s Def!’” Then, from the back of the club, a voice barks: “I believe we have two. Two MCs in the house.”

It’s Kanye West. “Ye got up and started walking to the stage, and people lost their shit,” says Glasper. “All their shit. I mean literally standing on tables, recording. He free-styled for like thirty minutes. It was fucking bonkers.”

Though he wouldn’t say it’s intentional, Glasper is upheaving conventions in jazz: He’s making it cool again. “Back in the day,” he says, “Miles [Davis] was friends with all them muthafuckas: comedians like Richard Pryor, musicians like Jimi Hendrix. Basketball players would go to see him.”

During his last week at The Blue Note, Glasper had many big-ticket guests himself. David Chappelle, Common, Bradley Cooper, Sasha Baron Cohen, and Q-tip all got on stage with Glasper one night. “That’s what jazz used to be,” Glasper he says. “Everybody used to think jazz was cool, so they’d want to mingle with the jazz muthafuckas. We were the first sex, drugs, and rock-n-roll.”

Glasper believes jazz (the kind that was played by Charlie Parker) will never die, but it only has a chance at pop-culture relevancy “if it’s mixed with other things, and people do it right. People like Kendrick Lamar with To Pimp a Butterfly.” Passing the torch from mother to son, jazz was what hip-hop is now; when people tell Glasper that he’s “the future of jazz,” he says: “No. I’m just present. I’m just now.” 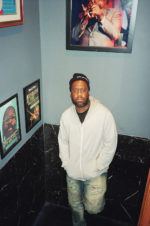 Differentiating between genres can be tricky in Glasper’s music; it’s not so easy to say when he’s playing jazz and when he’s playing hip-hop. But that’s what happens when music is expertly melded together. The cross pollination of Glasper’s “now-ness” and the jazz tradition from which he’s coming is exciting and, at times, refreshingly undeferential; he taunts the rest of the jazz world to catch up.

Towards the end of his residency, Glasper performed a three-night tribute-concert to the late hip-hop producer, J Dilla, whose innovative sampling of jazz songs such as Saudade Vem Correndo by Stan Getz and Luiz Bonfá, or Swahililand by Ahmad Jamal, helped bring the genre into the consciousness of young hip-hop heads and cement his position in the hip-hop pantheon. Every song Glasper played during that tribute was a hip-hop song. Yet, the improvisational interludes, the melodic banter between musicians, the freedom of exploration—all of that screamed jazz.

J Dilla, who himself upheaved conventions and mashed genres, was a mentor of Glasper’s. His unquantized, lop-sided, staggering rhythm—what Glasper calls “the drunk funk”—pervades the pianist’s more fusion-oriented albums. “Jazz musicians like Dilla because he sampled a lot of jazz albums,” Glasper says. But they also like him because he imbued those samples with a swagger that felt at once fresh, new—and nostalgic. Dilla interpreted the samples with a high fidelity to the source music’s spirit. Much like Glasper, he was showing people that jazz could be cool again.

“And the way it comes in, too. The way De La Soul is just rolling dice and doing shit. I love common tones. You just hear that one note on the top, and things under it change. And I love that it’s De La Soul, those are my guys. Also I’m a sucker for hip-hop songs that sample jazz. That’s what drew me in to begin with.”

“Still Shining might be my favorite hip-hop beats of all time. Most hip-hop shit repeats. It’s two bars, it’s four bars. And “Still Shining,” on the verses, it doesn’t do that. It never repeats. On the chorus, with the “Ra, ra, ra til my dragon baby stop whining,” that’s the only time it repeats. It’s so dope. I’ve never heard a hip-hop beat do that before. You have to have a high level of musical intelligence to create that.

“When I met Dilla, the first thing I asked him when me and Bilal walked down to his basement and he put his hand out to say ‘hello,’ I was like, “Show me where you got ‘Still Shining.’” Ha Ha! That’s literally what I said to him. And he pulled out the vinyl, and it’s like a vibraphone album. He showed me what it was—you’re never gunna know what the album was; I don’t even remember what the album was—and how he freaked it. It was fucking insane. It sounds like there’s a drummer playing. But it’s not. It’s Dilla on the MPC. That was some of his magic.”

“Get Dis Money” by Slum Village

“I chose this one because Dilla showed me this album. It’s an album called Sunlight, a Herbie Hancock album. He sampled the fuck out of that album haha—Ha! Oh my god.

“I’m a piano player, and I didn’t know about Sunlight then. I was a freshman in college. I wasn’t really up on electric Herbie. Dilla showed me, but I didn’t really get into it until after. Which I’m happy about because I think I would be a Herbie clone if I got into it earlier. Dilla got the sample from ‘Come Running to Me.’ Once I learned that, and I saw where the sample came from, and you add what Dilla did with it? Pshhh. So dope. It’s just butter. He’s a master at knowing the right shit. That might be my favorite Herbie sample.”

“Reminisce has a special place in my heart because I was there when he made it. Me and Bilal were freshman in college, and Bilal just got signed to Interscope Records, and the first producer they had him work with was Dilla. And Bilal brought me with him to work with Dilla in Detroit.

“One night, we went back to Dilla’s basement, and he just had an idea. He was like: ‘Bilal. If I put these basslines together could you sing over them?’ And Bilal was like: ‘Well, what bass lines?’

“Swear to God, he walked around a few minutes, pulled out one record, put it down, listened, and was like: ‘That bass line right there! Those three notes.’ Literally that’s what he did. Then he walked around for another record, put it on—I’m not exaggerating, by the way—played it, waited, then: ‘And those three notes.’ He pulled another record and did the same thing. Then he said, ‘If I put those notes together, could you sing over that?’ And me and Bilal were both like,’…What?’

“He said, ‘Hold on.’ Ten minutes later he weaved that shit together, bro, and it became [starts singing the bass line to Reminisce] Wooo! I was like, what in the world? After that, he put drums to it, and I watched him walk around, thinking. He pulled out a Keith Jarret record and found this one chord. He put it over that shit, and me and Bilal just died. After all that, Bilal got on the microphone and basically free-styled most of the song.

“I feel like a lot of times the genius in a person is the process. Cuz when you hear the beat, that’s a dope beat—cool. But if you knew that he had all these records going on in his head, and that when he grabbed a record, he knew just where the three notes he wanted were—and did it without messing up—that’s the genius part.”

“It’s a George Duke sample. And it’s on Like Water for Chocolate. I believe there’s some of Dilla’s best work on there. I was there for some of that, during the Solquarian sessions. Me and Bilal. We was in college then.

“We were going down to Electric Lady, where they were doing it. I’m going to Common’s crib, giving him piano lessons, he’s making this album, I’m in the studio, watching a lot of this shit happen, and it’s like Oh Snap.

“I feel that’s the particular record that first brought the Dilla sound to the mainstream because it embodied it as a whole album. And after that, musicians started trying to play that way: Behind the beat, that Dilla shit. That was the first tour that that sound was being played by a live band. You know, like in a big way. It was just monumental. The sound checks were fucking amazing. It was so much inspiration for me to be around that. And I got a chance to understand how to play that sound, too, watching James Poyser. He’s really the father of the neo-soul sound. Dilla would sample the hell out of James.” 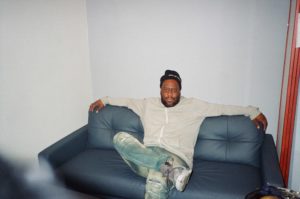 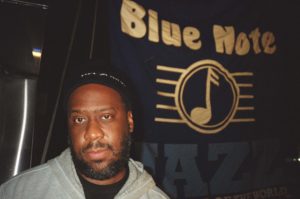 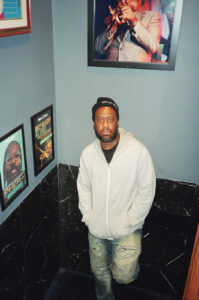 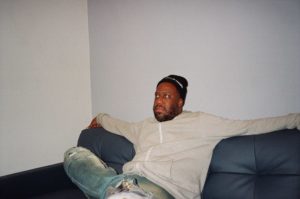