After her genre-bending set at Secret Project festival, the Siberia-born DJ spoke to Document about the mainstreaming of techno, and the joy of digging beneath its surface.

Sync, short for synchronize, is when two things go together as one. Your lips and the music when you lip-sync; your steps and those of the person you’re walking next to; the two songs a DJ has chosen to play one after another.

A warm October night has fallen on an open expanse in the warehouse district of Chinatown in Los Angeles. Multi-colored shipping containers make a wall behind Nina Kraviz and Helena Hauff, two of the first names in global techno. “I love Nina,” a friend told me a few days before the Secret Project festival, where Kraviz and Hauff are performing, as if Kraviz were as mononymous as Madonna.

I’m standing behind them, and it’s like witnessing the guts of a watch ticking along perfectly. Hauff is swaying back and forth to the beat of a heavy techno track she’s just laid down on the turntable, fiddling with the EQ until it’s perfect. Kraviz lights a cigarette and takes a drag seemingly in time with the music. They are going back-to-back, the second time they have done so, after a thrilling set at Time Warp Festival in Mannheim, Germany.

Suddenly, it is Kraviz’s turn to put on a track, and she starts digging through her records. The cigarette burns unsmoked in her hands until it is a long ash. Her eyes light up when she finds what she wants to play, and she puts it on the turntable, and at just the right moment she teases the Secret Project crowd, pumping her fist in the air a few beats before she drops the pounding rhythm of DK7’s acid-techno stomper “Slipstream” on her fans, who at this point are absolutely losing it.

And everything seems so beautifully in sync. Timing, to Kraviz, is everything. She says so when I meet up with her two days later at her hotel in Venice. She’s battling allergies, likely from the bad air caused by the California fires that started a few days earlier.

Sometimes, time is of the essence. She tells me she had spent the whole day digging through records at a variety of stores in Los Angeles, up until about 20 minutes before she was supposed to be playing. It’s not because she’s taking a long time to listen through the entirety of each record, but because she’s listening to bits and pieces of a lot of records.

“It takes like a split second for me to make a decision. It’s a certain combination of sound. You have to see how I’m picking records. Some people really listen to every record from start to finish, and I just do like this,” Kraviz says, pantomiming flipping through records at a great pace. “There is only a certain amount of sounds you can put in one particular time frame, say, two or three seconds. So this is enough to actually already tell a lot about who made it. It’s the same when I’m picking up records, or listening to music that I’m about to sign for the label.”

A bit of chronology: Kraviz has been putting out her own music for over 12 years. According to an article in dance music magazine Mixmag, she grew up in the frigid climes of Irkutsk, Siberia before moving to a slightly less frigid Moscow to study dentistry at age 19, but quickly fell into the club scene. Fast-forward a few years, and she’s got a residency at Propaganda, a legendary house club in Russia’s capital.

Her reputation grew through her own productions—dropping 12-inch after 12-inch of house and techno singles with her distinctive, concisely placed vocals—and her ear for selecting perfect tracks for her unpredictable DJ sets. A 2012 eponymous full-length album solidified her place in techno royalty, and she played her first Coachella in 2014. That same year, she started her own label, трип (“Trip”). By 2017, Mixmag had named her DJ of the Year. And time was always on her mind.

“Time was always interesting for me,” she says. “Actually, I think it’s one of the most interesting things for me in general. I still don’t know much about it. I’ve started to notice so many different interesting things that are extremely subjective. I don’t even know what really takes place, you know, what is my hallucination or what is my personal subjective thing. I think we are living in such an interesting time where we are a lot of things unfolding unexpectedly in such crazily different ways.”

Now, as a veteran of the scene, she has seen genres come and go, only to be revived then fade out again. Today, she says, there is a bit of ‘anything goes,’ which suits her own tastes. She regularly drops a potent mixture of trance, acid, techno, and hardcore into her sets.

And she’s been dipping her toes into the pop and rock worlds recently, remixing the Charli XCX and Christine & the Queens song “Gone,” and curating a remix album of St. Vincent’s MASSEDUCATION, for which she enlisted an incredible collection of talent like footwork artist Jlin, Detroit techno pioneer Terrence Dixon, experimental electronic artist Laurel Halo, and UK house and techno master Midland.

“The further the music is [from its source material], the better,” she says about MASSEDUCATION Reworked. “I love challenges.”

And, as the diversity of her selections—and the choices she makes while DJing—suggests, she follows that philosophy to a logical conclusion, refusing to be pigeonholed into any genre.

“The area of my interests is very wide,” she says. “[There’s basically no limit genre-wise, from country to brutal gabber. It doesn’t mean that I’m a gabber DJ and it doesn’t mean that I am a country singer. I like things in different contexts. When you start playing a certain genre they’re like, ‘You’re a gabber DJ.’ No, I’m not sorry. I don’t belong to this culture. I just like that gabber song and I like to integrate it into a new context.”

Despite that tendency to throw genre-specific curveballs, Kraviz has her foot firmly in the world of techno. She plays before massive audiences at techno festivals all over Europe, the sort that the Secret Project festival is styled after. And here we have a bit of a disagreement. She states matter-of-factly that techno is mainstream: “Techno is the new EDM,” she says. I say that while that might be true in Europe, I don’t hear it on the radio or in TV ads, to which she scoffs and scolds me for trying to decipher what’s mainstream from old media like TV and radio.

“This is such an interesting situation right now,” she continues, “all the people that are not really intersecting. Sometimes they book a DJ to play very underground music at a very commercial festival. That’s kind of cool. That’s never really happened before. You oppose my opinion on techno as mainstream, but if you look at the programs of every festival in America, now, you totally see techno stages and techno names.”

I can’t help but agree—Coachella does have its Yuma techno tent. There is a type of techno that acts like EDM, Kraviz explains—a visceral, “functional techno” with a big EDM-style drop that plays well at festivals. “But there is something that is underneath the mainstream, which is super exciting,” she says. “There’s so much great music. Like, you snorkel and then you see all the coral.”

I love that, I say, thinking that would be the best way to end the interview. Kraviz tells me that she’s about to go to a meeting with pop singer Grimes, who she met a few years ago after Grimes’s much-discussed Boiler Room set, during which she played Mariah Carey’s “All I Want for Christmas Is You.” Kraviz breaks into a pitch-perfect rendition of the song. Of course, timing is everything: I had already turned my recorder off. 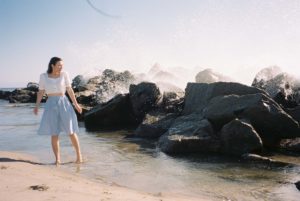 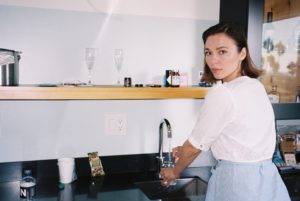 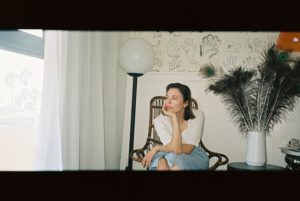 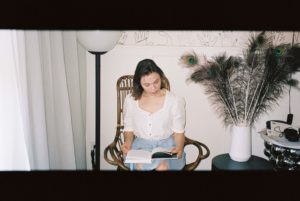