What is the purpose of nightlife, that thing you seek when you get dressed up, stay out too late, and choose a particular scene and experience? “It is a form of utopia,” said artist, DJ, writer, and performer Juliana Huxtable last month during Amsterdam Dance Event—where she was speaking on a panel organized by DVS1 as part of the techno producer’s Support Organize Sustain initiative—describing what she calls “the beauty and the joy of nightlife.”

If your idea of utopia is 2,500 artists, 600 speakers, and some 400,000 fans congregating in 140 venues over five non-stop days Amsterdam, ADE fits the bill. In the simplest terms, it is massive; statistically, it is the largest electronic music festival in the world. In many ways it is the ultimate electronic music festival, and in others it’s the ultimate test case for the effects of commercialization, hype, and sheer immensity on the techno and electronic community—and on how we define this utopia.

We attended the event for 24 hours. Here’s our guide to Amsterdam, ADE, and just what a festival of this ambition means for the electronic music ecosystem.

5:30pm—Grab an early dinner (but not of the early bird special variety)

As I mentioned, ADE is huge. In just the one night I was there, techno pioneer Jeff Mills played with Ben Klock, Marcell Dettmann, and DJ Nobu; Berlin DJ Ellen Allien took over Radio Radio record shop alongside DJ Stingray, Freddy K, and Amotik. New Order played AFAS live. And two coders created live music with visuals at the festival’s main conference center. You really have to know what’s going on, and what you want to see.

Perhaps the best way to pin down a schedule is over a good meal. The Rijksmuseum—an essential Amsterdam destination—features unexpected takes on Dutch classics. Think a green gazpacho with basil seeds and melon, or a glazed veal sweetbread with hints of gingerbread and grapefruit. These are surprising pairings that somehow work, not unlike some of the disparate genres sampled and combined by your favorite DJs.

The Dutch dine early, which is useful when you’re jet-lagged and have a full night ahead. If you have time, go an hour early and walk through the Rijksmuseum; watch a quietly provoking Rineke Dijkstra installation, or a triptych film showing 14 groups of people viewing Rembrandt’s The Night Watch. Discover the impressive permanent collection of Dutch masters—Vermeer, Bosch, and of course, Rembrandt. Re-examining classics through the work of new artists is a bit of a theme this week.

8:00pm—Attend a rave under the arches of the Rijksmuseum

After dinner, I walked to a rave with German DJ Boyz Noize (who collaborated with Frank Ocean on his latest release, “DHL”) underneath the Rijksmuseum in celebration of G Star RAW’s 30th anniversary. “ADE had its 30th birthday last year. We grew up together and we grew up big together,” said Edwin de Roolj, the head designer of the Dutch denim brand.

It was surreal to move with so many people to the throbbing sounds of tech-house producers in a space typically reserved for quiet contemplation of Dutch art and history. ADE has come to mean something not just to electronic music fans, but to the city of Amsterdam more broadly. It has an economic and physical impact on the city, given its size and history, and it is shaped by and reflects Amsterdam’s progressive values. “[This city] is really open-minded,” said de Roolj of G Star’s connection to ADE and why local brands and businesses feel invested in supporting the festival. “There are a lot of new things happening here,” he continued, noting the movement towards sustainability. G Star will only introduce new materials and looks that are sustainably produced; meanwhile, ADE launched Green Deal Circular Festivals this season, which will be signed into action by participating festivals and the Dutch Minister of Environment.

This shared mentality also manifests in more abstract ideas, de Roolj explained, drawing parallels between adaptive approaches and creative processes. “Electronic music is also a combination of a lot of old things together,” he said, referencing G Star’s integration of vintage workwear and futuristic, rock-inspired silhouettes like The Elwood—a cut-and-splice way of creating something new that’s mirrored in today’s EDM landscape. “They take all parts, they cut everything up, they make a rough sketch and they work from the rough sketch to make it really refined and really nice.”

10:30pm—Grab a slice of space cake at a local-approved coffee shop

It wouldn’t be Amsterdam without taking advantage of the thriving cannabis industry. The best cafés look like nondescript bodegas, not dressed-up macha bars. 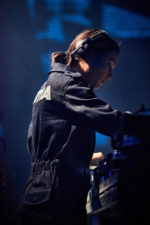 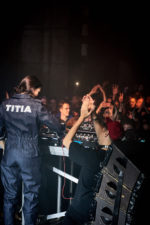 12:30am—Make room (but not too much) for harder techno

A little after midnight, I ran to see young French producer I Hate Models play alongside FJAAK, SNTS, AnD, and SHDW & Obscure Shape in a warehouse space on the outskirts of the city. There are a bunch of raves every night of ADE, but this one had the strongest appeal. I Hate Models in particular is a sonic punch to the face. His name refers not to the runway, but to frames of thinking—models in the conceptual sense. His aggressive, confrontational style is industrial in the most hardcore sense. Apparently, he grew up listening to metal. You can feel it in his sound.

The producer’s set at Verknipt ADE was softer than what you might hear in other settings. ADE artists typically play for 90 minutes each, and to a more or less mainstream crowd. It has an effect; largely accessible sets that don’t touch on any experimental extremes—more bangers, less depth. The last time I saw I Hate Models he played an intensely physical five-hour set at Berghain to a crowd comprised of people from the queer fetish community.

1pm—Indulge in the finest of Amsterdam’s non-psychoactive plants

Amsterdam’s forward-thinking mentality is embodied in its dining scene. For the perfect meal after a late night, bike to Mediamatic ETEN, a largely vegan restaurant in a greenhouse on the water which uses symbiotic processes in cultivating its own plants (grown in its greenhouse) and fish (caught in the river). Dishes are mainly fancy pizza—a woodfire grilled marinara, or another would-be classic souped-up with coconut, dried shiitake sauce, and roasted king oyster mushrooms from the garden. Ideal nourishment after a night of raving and before doing it all again.

3.30pm—Replenish your brain cells at an educational panel

ADE is unique from other festivals in that it’s more than shows and parties. DVS1’s Sustain Organize and Support panel, in particular, holds meaning. The talks revolve around issues concerning how a scene is maintained in the face of commercialization and growth in the industry with professionals ranging from the founders of Bassiani to Huxtable and DJ Stingray speaking. Techno, of course, came from black artists in Detroit, and the scene is, in the underground at least, a space for the queer community, artists of color, and definitely a celebration of family of freaks and subversives. The panel directly engages with the ways in which massive festivals, commercialization, and the ways in which monetization and rapid growth impact the community and artistry.

Seek utopia on a community level

The mass structure of ADE has an effect. It was the youngest, probably the least diverse, and by far the straightest crowd I have ever seen, with artists playing shorter and more accessible sets. There were a lot of iPhones out, something you don’t typically see, not least because many venues ban them. The sense of community and expressive visual language that defines the scene was often missing. Further, the high ticket price (expect 40 euro-plus shows) precludes many members of the community, particularly queer members of color, from even accessing the space—let alone be in control of the means of production.

Go not expecting a scene—unless you take part in creating one, that is. Go to experience a vibrant, laid-back international city with and an exciting culinary scene and commitment to sustainable growth. Take the festival as it is—certainly not the type of utopia Huxtable described—then work from there. 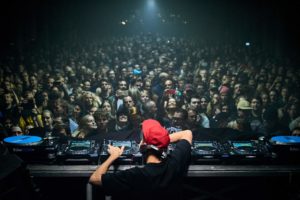 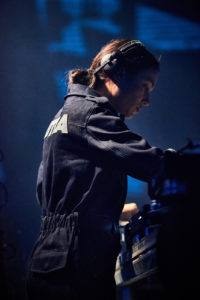 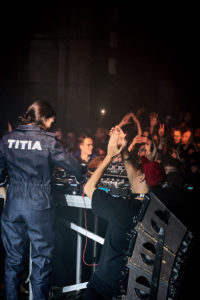