The designer's new book is a racy, leather-clad ode to fashion's unsung iconoclast

Bold eye-makeup, silver accessories, monochromatic color palettes, and lots of leather—as a pioneer of fashion in the ՚70s, Larry Legaspi crafted a style that defined musicians, social climate, and art of the era. Through a self-declared fanboy filter, modern designer Rick Owens authored Legaspi: Larry Legapsi, the 70s, and the Future of Fashion, a volume which speaks to Legapsi’s influence in the fashion world. Owens has sought inspiration from Legaspi’s work for years, emulating his iconic visions and sensibilities through his own exploration of the fashion design craft.

“It will be very much about art deco meeting black leather, sweaty 1970s NY and the stomping bombast of KISS and Labelle in their Larry looks,” Owens explains. “It will be about how Busby Berkeley, Kabuki, and Camp registered with the young and set me and millions of kids free.” As the first book documenting Legaspi, Owens curated a volume of interviews, intimate essays, and dynamic imagery, including unpublished photographs of Legaspi’s designs alongside Owens’s own, ultimately working to fill the narrative gap and perpetuate Legaspi’s legacy. 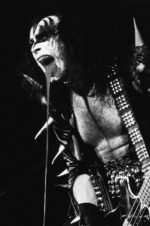 “When I was 13, Kiss blew up and news of them spread even to tiny Porterville, California, where I lived a very timid and bullied adolescence. They were unprecedented and menacing and depraved, and we were all absolutely convinced Gene Simmons was vomiting real blood. Looking back, I can see how the beautifully graphic balance of their getups was what helped make them so authoritatively convincing.” 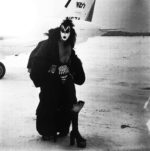 “I found this image of Gene Simmons online not so long ago and gagged. This was who I had always wanted to be… a glamorously benign monster oblivious to the conventions and limitations of his surroundings traveling through the world in his own self-contained bubble. I actually got closer than I had ever hoped.” 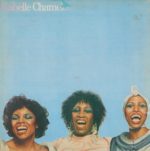 “At 15 I discovered Labelle. They were raw and had the muscle of James Brown with the lyricism of Aretha and the feathers and lamé of Busby Berkley showgirls. Soul power with lunar magic.” 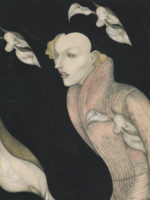 “When I was 17 I started hanging out in West Hollywood, the gay mecca of Los Angeles. There were bars and boutiques and gift shops that had the gloss of a burgeoning liberated community. I discovered postcards from a company named paper moon, illustrated by Mel Odom. The characters in his drawings had the heroic art deco classicism of gods and goddesses in Alfred Janniot art deco bas reliefs. Only years later did I realize the subject of one of my favorite images was wearing a satin jacket in Larry’s signature trapunto quilting.” 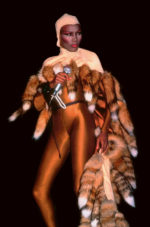 “When I was 16, I was watching the Merv Griffin afternoon talk show on tv with my mom when he introduced Grace Jones singing ‘Do or Die.’ she came out in a fog of dry ice in a fox trimmed cape and at the peak of the song started spinning and threw the cape off to reveal a skintight bodysuit with a horse tail belt. My life changed forever.” 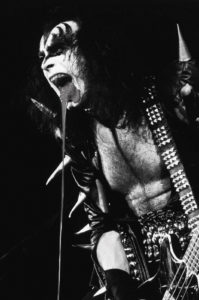 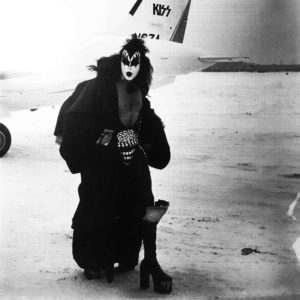 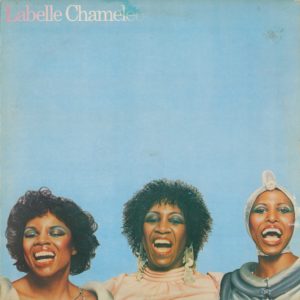 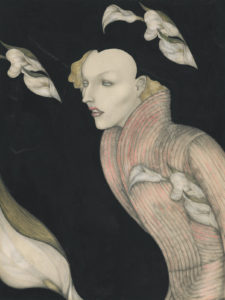 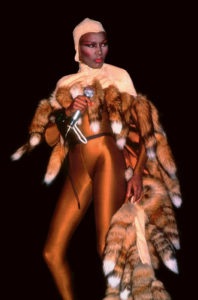