“The separation of gender, the idea of keeping them very separate—I don’t think it’s relevant to the customer any longer, nor the platforms in which we shop,” explains Australian designer Dion Lee over the phone. Despite having just landed back in New York, after a trip to sunny Los Angeles, Lee doesn’t show one ounce of exhaustion as he combs through the endless supply of inspiration New York offers him as a designer—from its thriving underground nightlife scene to the post-gender way we accumulate clothes. Lee’s voice is crisp and revitalizing, just like one of those gorgeous fall days in the city, as he praises the way “contemporary culture approaches gender,” by which he means to say we don’t give it much thought at all. It was this observation that galvanized Lee, in 2017, to revive the menswear line he’d previously abandoned to focus on womenswear. According to the designer, the androgyny embedded throughout his latest Spring/Summer 2020—suits paired with lace corsets and flowing tube tops—is the new normal.

“Some of the references in the collection were really coming from this language of garters, hosiery, and women’s underwear construction,” he says. “We developed our own hosiery-as-hardware, that became one of the more central motifs in the collection.” The designer worked with a London-based leather company specializing in heavy, sculptural hardware to bring the concept to life. “How that was integrated into the collection became key in terms of influencing the design and the functionality of the garment,” he explains. “We wanted the accessories to feel like a very integrated design component of the clothes.” And while Lee is presenting new ideas, he hasn’t sacrificed his signature motifs—perforations, soft-ish pastel colors, and intricate woven backs with daring cut-outs. Document spoke to Lee about how NYC and its techno culture inspired him to design rave-ready paisley garments and reimagine the pinstripe suit. 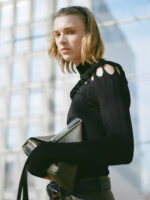 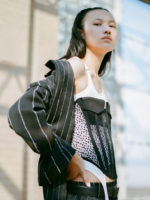 Ernest Macias—I want to touch on the integration of menswear. What led to this decision for you?

Dion Lee—I was personally identifying with things in the womenswear line and wearing pieces from it. Also, we recently launched a leather goods capsule, and the idea behind the bags was that we treated them in a very unisex way. I wanted the design of the bag to have a balance of masculinity and femininity. It was really interesting to fit things on both boys and girls at the same time. I think, when you’re doing that, it really does help inform the design itself in terms of tweaking the proportion so that it works for all body types. Building that language was something that I personally identify with in terms of how I dress.

Ernest—It’s easy to see those unisex elements, and the casting is also very androgynous. We’ve seen it across runways, but also in our culture.

Dion—It’s just how contemporary culture approaches gender. I don’t think we need it to be fixed, especially in terms of products anymore. I think men are very comfortable shopping from women’s collections and buying things from women friends and vice-versa. The separation of gender, the idea of keeping them very separate—I don’t think it’s relevant to the customer any longer, nor the platforms in which we shop. With the pieces being unisex, it allows people to interpret the product in their own way. 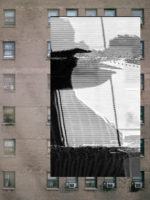 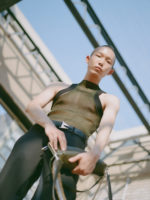 Ernest—I love that there’s this balance of flow and structure at the same time. What inspires you to blend contrasting elements together?

Dion—It’s influenced by my culture here in New York. Music influences me a lot in terms of techno and rave culture in a way. If anything, it’s more the character of the person that you’re designing for.

Ernest—How would you describe that character? In the casting, but also in the looks themselves?

Dion—I think you’ll find that there’s a lot of diversity in terms of the types of clothes that are in the collection. They can go from a certain level of formality to feeling quite dressed-down and approachable. I think the element of ease is something that is really important. There’s also definitely [a focus on] strength and individuality that we’ve tried to emphasize in the collection. I would say the character is tough in a in a soft way, and in a very natural way. 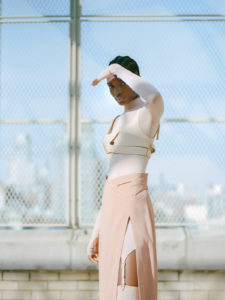 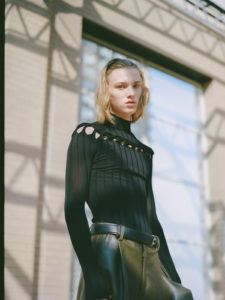 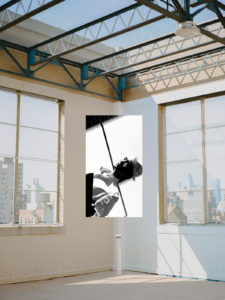 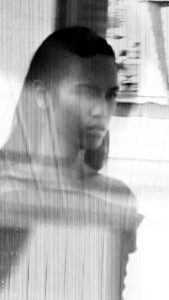 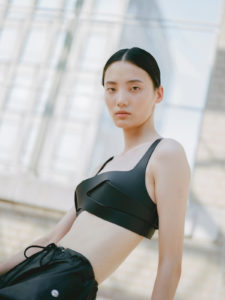 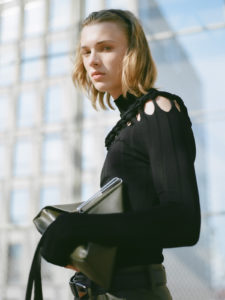 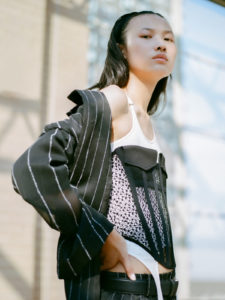 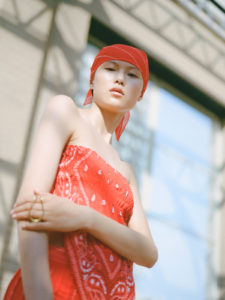 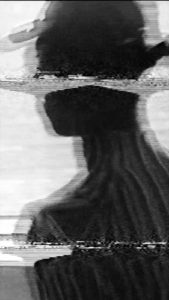 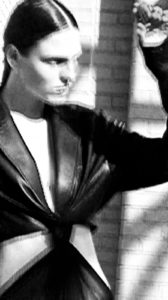 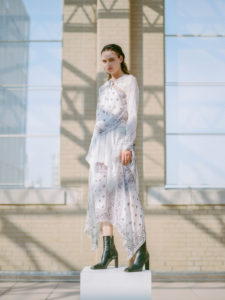 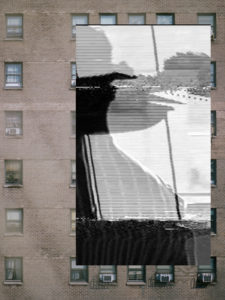 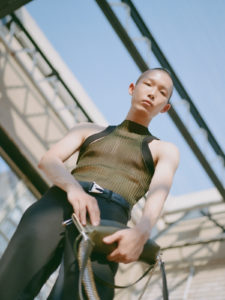