As centuries of environmental and human rights abuses come to a head, ‘Property Rights’ asks what we're willing to sacrifice.

Mitch Epstein brings political and environmental discourses to bear in Property Rights, a solo exhibition of new work at Sikkema Jenkins & Co. As the title suggests, his large-format photographs expose fractures in American notions of citizenship, land, and power: globally resonant topics but perhaps especially fraught in the United States, where this history intersects with indigenous genocide, slavery, and several centuries of unmitigated environmental irresponsibility.

The project took Epstein through protected natural landmarks of the American West and contemporary flashpoints, like the Standing Rock reservation in North Dakota and Lancaster County Pennsylvania, where citizens are resisting energy companies attempting to annex their land using eminent domain. The county is also one of the longest held Republican strongholds north of the Mason Dixon—the site of many a Trump rally.

Though not explicitly evoked, the Trump administration’s apathy toward environmental concerns and atrocious immigration policies nevertheless loom large. Photographs of Arizona and Texas border towns subtly unfurl tensions between self-ordained border enforcers and activists taking it upon themselves to protect refugees from the guerrilla patrollers’ abuses—and those incurred by the government itself. Knowledge of Trump’s recent concessions to corporations, rolling back safeguards on public lands and forests, changes the context of Epstein’s landscape photographs. Massive, ancient canyons and forests are rendered fragile.

But the stillness and silence of Epstein’s photographs—relative to the vitriol of the national conversation—has serious teeth. Property Rights asks ethical questions about American capitalism, manifest destiny, and who deserves to occupy space: what, and who, are we willing to sacrifice to continue to chart this path? 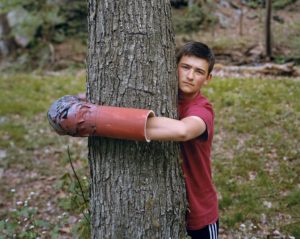 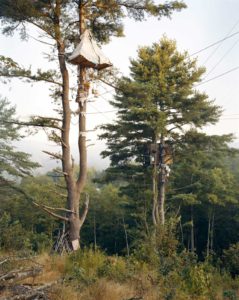 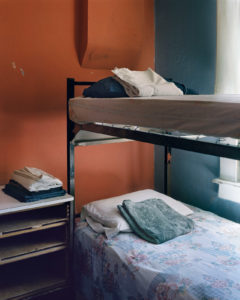 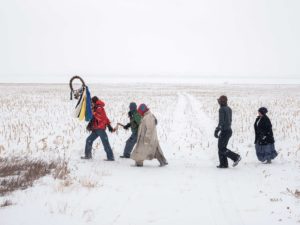 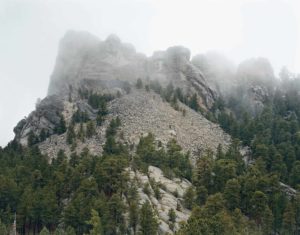 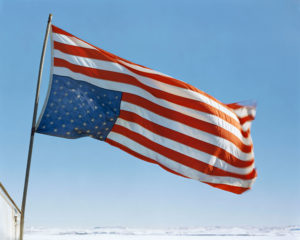 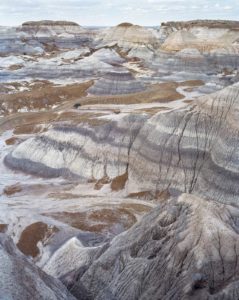