In a quiet moment on his whirlwind tour, the visionary artist spoke to Document about directing David Lynch and relearning the rules of music.

The last six months have been big for Flying Lotus. Since the release of his first album in 2006, the Los Angeles-based electronic artist, filmmaker, rapper, DJ, and producer alternately known as FlyLo, Captain Murphy, or Steven Ellison has been regarded as one of contemporary music’s most formidable visionaries. FlyLo’s musical upbringing—he is the grandson of Motown singer-songwriter Marilyn McLeod and the grand-nephew of Alice and John Coltrane—seems to manifest as an innate, almost instinctual understanding of the rules of music, melody, rhythm, and structure. But for the artist, genius is less about knowing the rules of music, and more about knowing when to ignore them.

Flying Lotus has become known—and highly sought after—for his idiosyncratic brand of composition, which brings together elements of acoustic and synthesized instrumentation, noise, sample-based hip-hop, jazz, and dance music to produce a sound that is at once familiar and totally alien. The sui generis sound of Flying Lotus is also necessarily tied to his work as a visual artist and filmmaker. In 2017, he unleashed his first feature film, the body horror gross-out comedy Kuso. In April, he released the video for his song “Fire Is Coming,” which he co-directed with David Firth. The video features a terrifying David Lynch reciting a story while peeking through the mouth of a soiled wolf costume.

Flamagra, the sixth album from Flying Lotus, was released late last May. Featuring collaborations with George Clinton, Solange, Toro y Moi, David Lynch, Anderson Paak, Little Dragon, Denzel Curry, Shabazz Palaces, and Thundercat, the album immediately took over the Billboard Dance/Electronic charts. Musically, Flamagra represents a new direction for Flying Lotus, reflecting a new, more meticulous approach to composition than heard on his previous albums. Since kicking off his intensive 34-city “3D North American” tour on August 10, FlyLo says he has been focusing on music in a new way, going back to basics, and learning the fundamentals. We caught up with him last week in Boston to talk about the process of writing, performing, and learning the rules of music all over again while on the road.

Rhodes Murphy—This is kind of a punishing tour schedule.

FlyLo—It’s intense, it’s a little intense. It’s a trip because I’ve mostly just been in my room all year. Going from that to an intense tour like this, with this tour schedule—it’s been quite interesting. But it’s been great, it’s been really great. I’ve been having a lot of fun riding my bike around small towns.

Rhodes—That’s kind of like the David Byrne method of touring, right? He wrote a whole book about going on tour with his bike.

FlyLo—Right. It’s something I didn’t really think about too much, but one thing I don’t like when I’m on tour is just feeling stuck wherever I’m at. Stuck around the venue or whatnot. I think just having a bike allows me to have random-ass adventures in nature and stuff. It’s been really nice. Especially because you spend all your time on a bus. And it’s summertime and I rarely get to tour around summertime, and I really just wanted to take advantage of that.

Rhodes—I wanted to ask about the music, you said it kind of changes every night that you’re on tour. When you’re writing and thinking about remixes, do you imagine or have in mind what the audience is going to be like? And what kind of atmosphere you want to set?

FlyLo—Yes, totally. I think of the show’s flow, just like any show, is so important—the dynamic of trying to gauge where the energy levels will be. Sometimes it’s right and sometimes it’s wrong. Right now, I’m trying to put something together that I’m really excited about, because there’s a lot of new elements for me as well. There’s a lot of things I wasn’t doing before that I’m doing now. There’s just another dimension to the set.

Rhodes—Can you explain that a little bit?

FlyLo—Well, you know, for one, I’m playing live keys in the show, which I never had before. So now there’s that element. And having a lot of new material to work with, a bunch of new effects, just gives me so much more to do on stage.

FlyLo—I’ve been looking forward to this tour to make me a better musician, to be totally honest…I am just excited to have Brandon Coleman, as well, who’s a crazy pianist; Salami Rose Joe Louis, she’s a crazy keyboard player. I kind of structured the tour to be another bit of education for me. I brought on Brandon Coleman because he’s, like, the main reason why I started playing keys, and now I get to see him every night and watch. You know, it’s got me practicing certain things. I’m definitely using this as an opportunity to stretch.

Rhodes—How important are visuals to you when you’re composing a song or thinking about an album like Flamagra?

FlyLo—They’re very important to me. Visuals are a huge part of my “thing,” you know. They always have been. Artwork, album artwork, music videos, I’m all about it. You know, I have a film background as well, and I always imagine the music being an extension of what I was doing already with film. It’s so cool to have both music and movies, they both kind of serve each other. Two different sides of the brain maybe, but I love it.

Rhodes—What’s been driving you right now in terms of how you’re thinking about your musical project?

FlyLo—I guess trying to be a better musician has really guided me. Just trying to get better at playing has opened up universes for me. Reading music—I never was able to read before last year. But once you do that, a whole world is opened up to you.

Rhodes—Learning music theory can feel like starting over. Has that led you to approach your music differently?

FlyLo—Honestly, at first, I was overwhelmed. I was just like, ‘There’s no way I’m going to be able to remember all of this stuff.’ Then I got really obsessed, I mean, I’m going to keep learning forever, it’s just more fun. Someone told me—I forget who it was, either Thundercat or my piano teacher—he was just like, ‘It’s infinite.’ You can study forever and always get better and better at certain things, but it never ends. So there’s levels to the obsession. You can go so far but it’s not all to be overthought. You can’t quantify and shouldn’t quantify all this stuff. There’s a balance of what to keep and what to throw away, I think.

Rhodes—Is this the angle you came from for the compositions of Flamagra?

FlyLo—Yes, I’d say the project I’m making currently is most reflective of it, but there’s definitely some of that in Flamagra.

Rhodes—Are you collaborating with the people you’re touring with?

FlyLo—Yeah, man. I was working with Salami Rose Joe Louis; we’re working on a song together. It’s wicked, man. I try to make sure I have a little set-up on the bus because I have to practice every day. So it’s like, ‘Okay, well if it’s going to be hooked up to a computer, I might as well make sure I have Ableton.’ But honestly, it makes me happy to try to stay to my routine: wake up, work out, and then practice and make music all day.

Rhodes—I’d imagine it’s nice being on tour because you can try new stuff and see what works.

FlyLo—Absolutely. Dude, like I said, being able to play in front of people is a hurdle you have to cross at some point. Every musician has to get over it. You know, I’d have to film myself practicing, and every time I’d set the camera down, I would sound worse. I’d be like, ‘Holy shit, I’m afraid to play in front of myself, Jesus.’ I’m still getting over it, too. It’s so counterproductive having Brandon Coleman open the show for me. What the hell am I going to do on the keys after that? But, at the same time, it’s been so much fun. 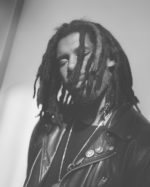 Rhodes—With your interest in film, what was it like to direct David Lynch with David Firth in the “Fire is Coming” video?

FlyLo—You know what, it was very, very regular to deal with him in that way. He knew what was happening. It only hit me after. It has actually been hitting me because I play that video in the show, like, ‘Holy shit, I fucking directed fucking David Lynch, man!’ No lie, it’s hitting me now. But in the moment it was like, ‘This is work, this is what I have to do, this is what it needs to be.’ Now I get to look at it from my fans’ perspective, like, ‘What the fuck? I did that? Holy shit!’

Rhodes—There was definitely a great disturbing quality to the final product. How did you meet David Firth, your co-director for the video? I used to watch his show “Salad Fingers” on Newgrounds.com when I was, like, 13.

FlyLo—I met him, like, a few years ago. I’ve been a fan of his forever, too. He’s like the David Lynch of animation. Firth is cool, he’s a good guy. Yeah, Newgrounds, man—man, that shit. I always found Firth’s stuff to be funny as hell.

Rhodes—Do you think that particular era of the internet has had a big impact on your aesthetic?

FlyLo—Oh, I’m sure it does. I watched it all, we saw it all come. All the memes and all the shit.

Rhodes—Personally, because I was on the internet constantly as a kid at that time, I kind of get annoyed by the current meme phenomenon. It freaks me out the way it all seems to have come full circle.

FlyLo—Really? Sometimes they’re okay, I think. The thing that’s frustrating to me with the memes is, you know, when you see a dumbass meme get a bajillion hits, and then you put up a song and nobody knows it came out. Do I have to put songs in my memes now? Memes in my songs? What the fuck? 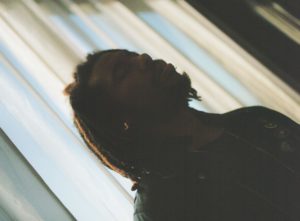 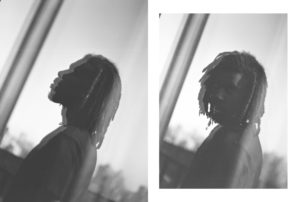 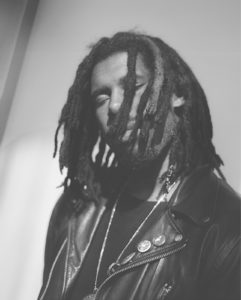