Christian Louboutin found inspiration in Jenga, Parisian nightlife, and the rich craftsmanship of Bhutan for his Spring/Summer 2020 collection.

Christian Louboutin took the couture set on a journey through time and across continents yesterday, beginning at the headquarters of the French Republican Guard, the Manège Battisti, where he presented his women’s Spring/Summer 2020 collection. There, Louboutin evoked the playfulness of childhood and the thrill of Parisian nightlife, before “passengers” boarded the elaborately staged LouBhoutan (Bhoutan is French for Bhutan) Express, virtually traveling to the lush landscape of the Buddhist kingdom on the eastern edge of the Himalayas.

In Paris, Louboutin recalled the games of youth, beginning with Jenga. The designer transformed the silhouette of the game’s wood blocks into playful wedges, accentuating the angular lines in silver, gold, or white against a palette of rich royal blue, neon yellow, and pink. Next, it was craft time with the neon plastic lacing children weave into bracelets, an activity the French refer to as “Scooby-Dooing.” Louboutin incorporated the bold neon strands into a diamond pattern on black stiletto booties and a chunky-heeled iridescent boot. The Levitation heel gave the illusion that the shoe is floating above the heel, thanks to a piece of clear lucite in between the two parts. Louboutin gave his Pensée heel—the shoe that launched the brand into stardom in 1992 with his signature red sole, originally painted with his assistant’s bottle of nail polish—a pop makeover with Warhol-like flowers decorating the ankle. New colorways of his Elisa crossbody bag, named after his goddaughter Elisa Sednaoui, ranged from leopard to rhinestones to matched an array of skin tones.

Next, the collection ventured into Paris’s pulsing nightlife through black stiletto booties trimmed with metallic fringe and heels decorated with straps of spiked hardware. Studded, leopard-print booties added a wild bit of edge, while Japanese-inspired slides took on a minimal approach. Sequined knee-high boots looked perfect for a night at a Paris disco. There was something for everyone with the shoes ranging from dainty neon ballet flats to funky embellished sneakers to sky-high stilettos. After a night out in Paris, attendees boarded the LouBhoutan Express, which was decorated like an elegant dining car on the Orient Express. There, they could grab a seat and have a drink while surveying the Bhutanese landscape from the “window.”

Once passengers arrived in Bhutan, they were greeted by the pièce de résistance of the presentation: A couture-like capsule collection called LouBhoutan consisting of 13 styles handcrafted by Bhutanese artisans, capturing the country’s rich cultural legacy with colorful, swirling floral patterns. Each shoe was hand-sculpted in wood and hand-painted, the fruits of a six-year partnership with the students of the School of the Royal Arts and Crafts in Thimphu, Bhutan. “The craftsmanship in Bhutan is exceptional and very particular,” said Louboutin. “The artisans have an extreme sense of color and their architecture and artistry are very joyful. Bhutanese are astonishing people, they are very into secular traditions but with an intelligent and modern gaze of the world that surrounds them.”

Louboutin, a regular visitor to the small Himalayan nation, is close friends with Jetsun Pema,  the Queen of Bhutan. “I was traveling in India on my way to Bhutan, and my dear friend Mala Singh from Delhi told me I should meet with some very dear friends of hers living in Bhutan,” recalled Louboutin. “As it turns out, they were the King and the Queen. Since then, I have traveled many times in their country, spending time with her.” The designer also created a more accessible line of shoes inspired by Bhutan for those who don’t want to pay the $8,000 to $12,000 for the handcrafted heels.

Now, Louboutin enthusiasts can travel to the Himalayas and discover the designer’s love for Bhutan through the LouBhoutan capsule collection. 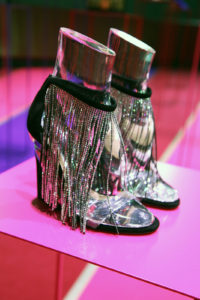 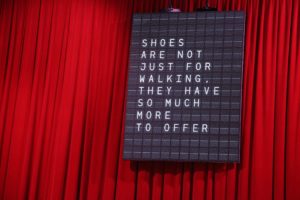 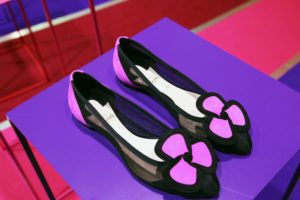 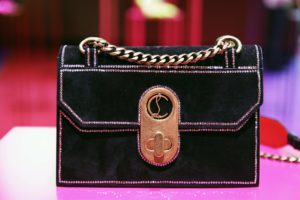 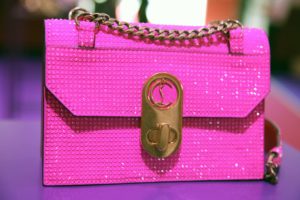 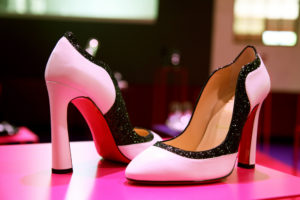 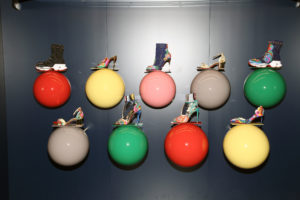 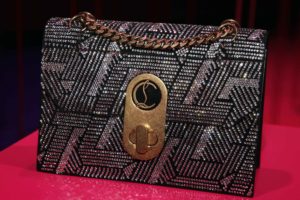 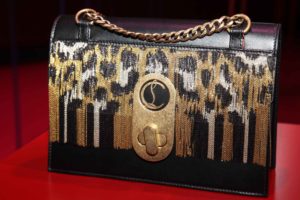 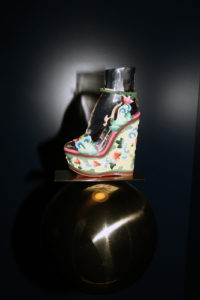 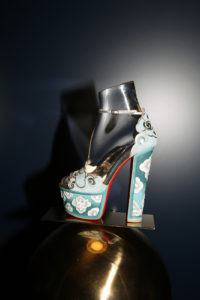 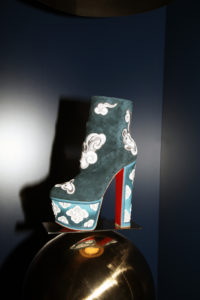 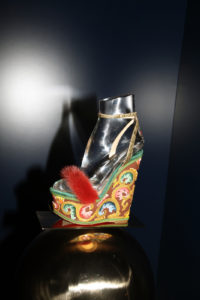 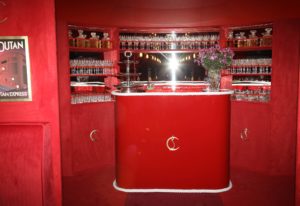 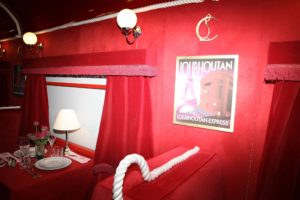 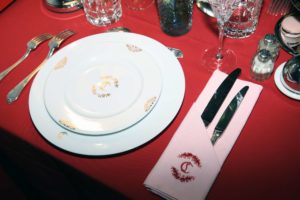 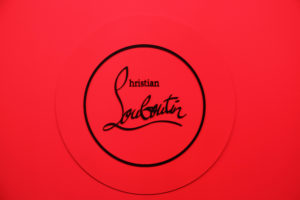