Owner Sharon Jane Smith takes her final bow as a life-long keeper of ephemera: "It’s not fair if I go to my grave knowing all of this and not sharing it."

Sharon Jane Smith stood by the cash register of her East Village antique shop, A Repeat Performance. Her blue eyes widened as she held out a smooth, tan-colored Saharan stone.

“Isn’t it amazing, the intrinsic connection humans feel to rocks?” she asked the customer standing before her.

“It’s absolutely our grounding force,” replied the customer, picking up another stone. She had come to the shop because a friend told her about its extensive Saharan stone collection donated by Joseph Knopfelmacher’s estate.

“Are you a geologist? Or just a lover of rocks?” Smith asked.

“I’m both,” the customer who was a geologist from Colorado, replied with a proud smile before purchasing the pair.

Saharan rocks are one of the many rarities sold at A Repeat Performance, a beloved part of the East Village since 1981. Over the past 38 years, Smith and late co-owner Beverly Bronson have collected thousands of items, from pearl-shelled utensils to a manual washing machine from the Art Deco era. 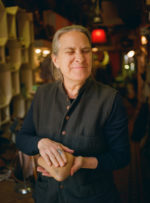 Today, a bright orange “Everything Must Go” sign hangs in the front window on 1st avenue between 9th and 10th streets, marking the shop’s final days before shutting its doors on July 31st.

“I can’t do this alone,” said Smith, who has had to manage the shop by herself since Bronson died from cancer last May. “The rent is too expensive.”

The store’s unassuming, hole-in-the-wall exterior is deceiving: the interior extends far back, its wooden floor graced by a long Persian runner. Dainty jeweled purses, Galilean binoculars, and a 2000s portable pocket television can be found on the shelves that extend back to Smith’s cash register. Light fixtures ranging from 1880s Victorian to 1950s Mid-Century hang from the ceiling creating a dreamy hue of ambient red light. The ornate crowning on the ceiling is peeling off. An old radio plays jazz music in the background. This is a world separate from the hustle and bustle of 1st Avenue.

Born and raised in Minnesota, Smith visited New York in 1981 and fell in love with the “casual, unpretentious atmosphere” of the East Village. She moved in the following year and met Beverly Bronson shortly after in 1986. “I interviewed for a position at the shop, and Bev hired me right then and there,” Smith said. Having spent 30 years together buying and trading items for the shop around the world, their friendship is chronicled through the stories each item in this space enchants.

20-year-old photographer Bella Newman looks at a luminescent wind chime made of colorful felt and sequins with fascination. “We actually have lots of handmade felt pieces all over the shop, created by women in Nepal as part of a female empowerment project Bev started in 2012,” said Smith to Newman. “Wow! The East Village has such an interesting character to it, but I feel like it’s upheld by places like this who save us from losing it,” Newman replied. 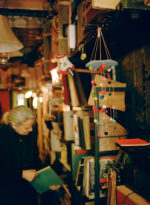 Smith pulls out an old, sepia photograph from her shelves. “This piece is my favorite,” she said looking at a portrait of a Navajo Indian from the 1920s, discovered by Bronson in New Mexico. “What fascinates me about this piece is that this man is looking directly at the camera. Most pictures of Indians at that time, they were looking away. Exceptionally, this photo was taken by Karl Moon, a photographer that was a Navajo Indian himself,” Smith said. “In this photo, we learn trust through mutual identity.”

Currently, Smith is writing a piece titled “Confessions of a Shopkeeper,” eliciting the characters and circumstances that she’s encountered throughout the past 38 years. Hoping to first have it presented as a performed theatre piece, Smith plans on later publishing the script into a book. “Often it’s poignant situations that present themselves in this shop. It’s not all the grand, dramatic stuff of New York life. It’s actually more subtle than that. It’s the little interactions between New Yorkers,” Smith said. “It’s not fair if I go to my grave knowing all of this and not sharing it.”

The shop’s alluringly diverse collection of items is deemed inevitable by Smith. “Anything and anyone can end up in New York really if you think about it,” she said. “All the people who drift in and out of New York. What things they carry with them, what little treasures they hide.”

In similar fashion, some of A Repeat Performance’s items have made notable journeys overseas.

“A curator of the Nobel Museum drifted his way into the shop, all the way from Sweden and took great interest in my collection of Ebony magazines,” Smith said. “Most of them were donated to the shop by my cousin’s spouse, Gerald Fraser who was a writer for the NY Times. Thank god he saved all of these.” The curator purchased about 50 magazines from Smith for a permanent exhibit on Civil Rights at the museum.

“I’ll miss you! Especially during Christmas time. Who am I going to buy my presents from?!” said customer, Logan Fox to Smith. “Are you retiring?”

“Well we’ll really miss this place. And I know I’m not speaking just for myself either, it’s the whole neighborhood and all the random tourists that stop by here. There’s not many real gems like this left around here,” Fox said. 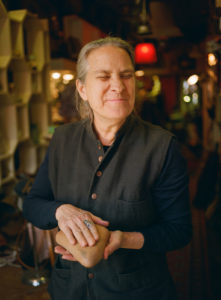 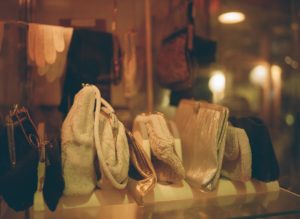 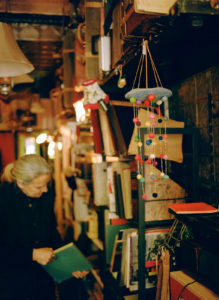 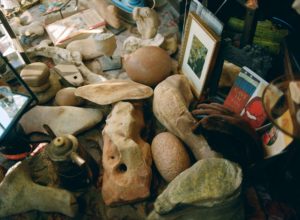