Humanizing the headlines at this year's World Press Photo Exhibition.

Free press and the informed public it empowers form an essential tenet of our democracy. But rapid news cycles chock-full of crises and breakthroughs can allow uniquely important events to blend into one another and fade from memory. Fondazione Sozzani’s World Press Photo contest seeks to identify the year’s essential journalistic and documentary photos—those we can’t afford to forget. This year, the 62nd of the competition, esteemed judges including Whitney Johnson of National Geographic and Barbara Stauss of Mare Magazine surveyed nearly 80,000 photo submissions from 4,738 photographers from 129 countries. A selection of the winning photographs are on display in the U.S. for the first time since 2003 at the 10 Corso Como Gallery in New York City. Document toured the exhibition with curator Babette Warendorf and spoke with Getty Images special correspondent John Moore about his winning photograph.

The winning photos and photo stories span eight categories: Long-Term Projects, Contemporary Issues, General News, Spot News, Environment, Nature, Portraits, and Sports. As a result, the work is diverse in form and content, ranging from Bence Máté’s gruesome first prize photo in the Nature category, “Harvesting Frogs’ Legs”, to Lorenzo Tugnoli’s heart wrenching photo story, “Yemen Crisis”, which won first prize in the General News category. Much of the work brings specificity to diffuse phenomena by humanizing them. No photo series better serves this function than Catalina Martin-Chico’s coverage of the FARC (Revolutionary Armed Forces of Colombia), which won a Contemporary Issues story award. Her work (nominated for Photo of the Year and Second Prize in Contemporary Issues) captures the leftist militia in peacetime, now that their insurgency has ended and they are settling down to raise families. The FARC are largely demonized in Colombia for their guerrilla resistance to socio-economic inequality. Curator Babette Warendorf explained, “In Colombia, this is very controversial work because of the fact that, for them, the FARC is always the enemy. But Catalina is saying, ‘This is part of the process; you need to realize that there has to be a reconciliation in the country.’ She’s showing them as humans, which is not always appreciated.”

The World Press Photo of the Year is “Crying Girl on the Border” by John Moore of Getty Images, a painful image of an asylum seeking mother and her daughter, Sandra and Yanela Sanchez, who came to the United States from Honduras, and an ICE agent. This now famous image has become an iconic microcosm of the humanitarian crisis at the US—Mexico border. He is still working to expose the ongoing atrocities: “I was just back in that very same area last week and photographed hundreds of families who continue to make the journey, and it’s not any easier in 2019 than it was a year ago and many of the same issues remain.” Moore is still in contact with the photograph’s subjects and cannot discuss the details of the family’s asylum case as it is ongoing. He doesn’t know whether they will win their case and neither do they but, thanks to this photograph, the world is watching.

Click here to reserve tickets for the exhibition, on view through August 25th. 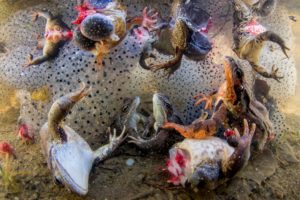 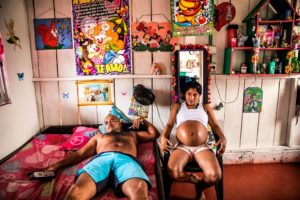 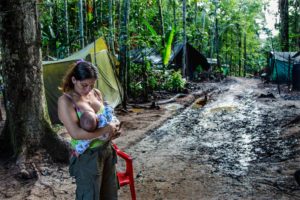 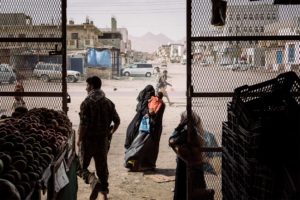 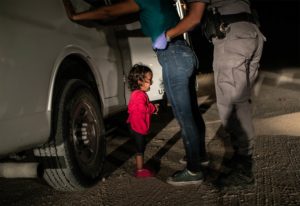