Influenced by everything from classical and neo-soul to Janis Joplin and Etta James, the smoky-voiced singer-songwriter keeps rising after her debut album and sold-out tour.

In front of a packed house at New York’s Irving Plaza earlier this spring, spotlights cast Léon in beams of red and white, like giant candy stripes. And as the singer-songwriter swings her auburn hair back and forth, a neon sign that bears her name peeks out from the drum set, glowing pink. But while Léon, 26, is part of a vast array of young female pop singers (including Katy Perry, who championed Léon’s track “Tired of Talking” in 2015), she’s not another bubblegum artist. If anything, she’s an antidote. Often donned in chic suiting or flowing tops that button up to the neck, she’s virtually never sexualized, and her indie-pop music, though catchy as hell, is sonically rooted in soul and rock. There’s a distinct rasp in her vocal arsenal that comes and goes as a song calls for it, and it helps distance her from, say, a Carly Rae Jepsen, and instead likens her to Stevie Nicks. (It’s very fitting when, at the Irving Plaza show, she unleashes a moody cover of Fleetwood Mac’s “Dreams.”)

“I do have a really low voice,” Léon says a day before the show. “Even now, as I’m talking to you, I have my relaxed voice, and I know it’s kind of deep. Sometimes people tell me they can’t really hear what I’m saying. Maybe it’s because I used to smoke a lot.”

Whatever the reason, that smoky raspiness adds tremendous character and spirit to Léon’s already formidable talent. This year, after a solid string of (largely cult-beloved) EPs, the Swedish artist—born Lotta Lindgren—dropped her self-titled debut album, Léon. On the opening track, “Lost Time,” her vocal pivoting takes you from a sandpaper-meets-silk monotone, to a beautifully guttural rally cry, and back again. It’s the same song with which she opens the Irving show, and it creates the sensation of sitting in a lounge and stirring your cocktail, then shouting your deepest feelings to the patrons in the front, then settling back into contemplation. Released via a partnership between BMG and the artist’s own label, Léon Recordings, Léon marks a major step forward for its maker—perhaps the biggest step so far on her lifelong path with music. 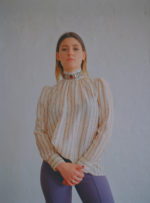 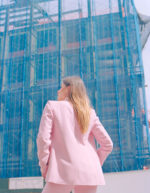 “My father is a composer and my mother is a bass cellist,” says Léon, who was born and raised in Stockholm. “There was music in my home all the time, and hardly anything else. From a very early age I was just, like, ‘OK, I wanna be a musician, too.’ My aunt, uncle, and sister also sing, and everyone was great with not just showing me classical music, but opening my eyes to many different genres. And they always encouraged me to be a musician—there was never a time when they wanted me to try something else. And I see now that was a luxury.”

Léon’s vocal range—including that deep rasp—was honed in childhood choirs. “I was always in choir,” she says. “Occasionally I would be the soprano—the high soprano—but only a few times. Sometimes my teacher would ask me to jump over and sing with the guys, because there wouldn’t be enough guys to sing some of the lower parts. I would fill in.” That experience, combined with a youth-bred love of Motown, led to Léon being the frontwoman of a hip-hop-infused, neo-soul band in her teens. “I did it with some friends,” she says. “At first, there were, like, 10 guys. They had started a group, and it was all these different genres in one, and I would sing a few songs with them. Then I started my own band, a lot of them joined my band, and then it was my songs. I was writing all my own songs, my own sheets, all the chords, and all the melodies. That’s kind of how it started and how I got my confidence. It was a lot of work to be the leader of about 10 guys. But it was the best thing, and they all encouraged me.”

Being at the helm also sparked a fire in Léon to focus more on her own material, and start forging a solo career. It wasn’t too long after high school that the singer-songwriter booked a deal with Columbia Records, which backed her debut EP, Treasure (which included “Tired of Talking”) and the two EPs that followed, For You and Surround Me, both released in 2017. “In a lot of ways, it was a great experience,” Léon says. “It was a major label, and I got onto it pretty fast, going from being independent and basically not knowing much. I had been making music at home in Stockholm. There were a lot of things I really had to learn fast when I put out my first song. I didn’t know that there was so much to it—the whole business, music industry thing. For me it was shock—like, going into a room of people and having them be like, ‘OK, what do you want the cover of your album to look like?’ And I was like, ‘What? I don’t even know what I’m doing.’”

Today, Léon knows exactly what she’s doing, right down to her album cover—simplistic with a rich orange. (“It’s my color,” she says.) She’s no longer with Columbia, and she says she “got out pretty easily from the type of deal [she] was in.” And now, like many artists, she’s controlling the type of work she releases and how she releases it, thanks to modern methods, partnerships, and platforms like Spotify. “There was a time when things were moving so fast and I think my mind wouldn’t catch up until later,” she says. “Now it’s really caught up with me. I’m behind everything I put out, and I know what I want to make when I tell people my visions. I need my photographers around, I like dressing myself, I like doing my own makeup. And I like to control the feeling of doing something. If I put out something I believe in 100 percent and people are like, ‘Oh, we don’t like that,’ I would still be like, ‘I love it, so I don’t really care.’” 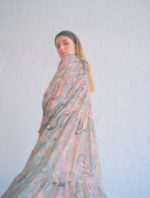 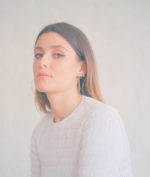 Léon insists that what she was doing in high school was very different from what she’s doing now, but every artistic journey has a breadcrumb trail of influences, and from classical to neo-soul, Scandinavian sounds to  icons like Janis Joplin and Etta James—it’s all there on Léon. The record is an alternately diverse and cohesive collection of 10 succinct tracks that effortlessly shift from bop to ballad. There isn’t a weak spot in the bunch. And while folks like Tove Lo and Lykke Li have dropped some unforgettable club bangers in recent years, this stream-and-stream-again album makes it safe to call Léon the most exciting Swedish pop export since Robyn. She just wrapped her North American tour in Nashville at the end of May, and in addition to dropping hazy, pseudo-retro videos for singles like the danceable “You and I” (in which her styling “isn’t too feminine or too masculine,” she says), she’s now consistently releasing live acoustic versions—complete with single-take videos—for select tracks from the album. You can hear every unfettered note, every guttural cry, every raw, raspy touch.

At one point, Léon highlights the importance of people looking to music for their own personal soundtracks. At the moment, this new album is hers. “I was living with it every day on stage,” she says. “And I’m still living with it.” 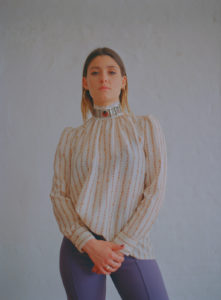 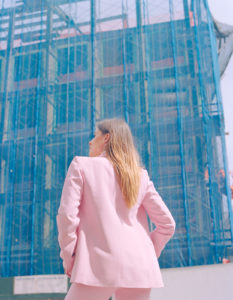 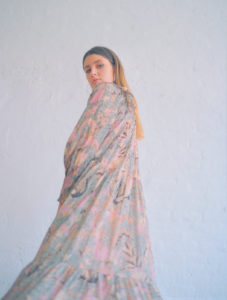 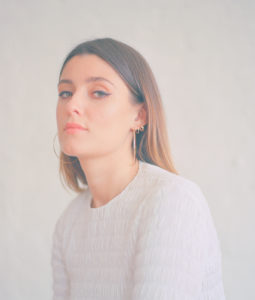