The late Andy Sweet's legacy is the subject of a recent documentary and photography book.

Born in 1957, Andy Sweet was 10 years old when he figured out how to build a darkroom in the closet of his childhood home. His photographic practice began there with a small camera, which he used to teach himself how to take pictures of his sisters. His younger sister, Ellen Sweet Moss, remembers that he was always very creative growing up, collecting coins and rocks, and often frequenting museums in the Miami area where he and his Jewish family lived.

For college, Sweet attended the University of South Florida, where he became close with the head of the photography department, and went on to receive an MFA from the University of Colorado at Boulder. Upon finishing his studies in the late 1970s, Sweet and his high school friend, Gary Monroe, banded together on a special photography project to capture a local Miami subculture—the thriving community of elderly Jewish people living in South Beach. At that time, there were nearly 20,000 of them, all crammed into an area that was barely two square miles, according to a new book of Sweet’s photographs titled Shtetl in the Sun: Andy Sweet’s South Beach 1977-1980.

Many of the older individuals who lived in South Beach at that time were survivors of the Holocaust, hailing from small villages across Eastern Europe, while others were transplants from New York. Offering beautiful scenery and the opportunity to exist safely and happily together, Miami was an appealing place for these individuals, who just 30 years prior were subject to the agony of a terrible war, in which many of them lost their loved ones. 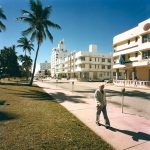 The older Jewish community of South Beach lived well, or rather, they lived it up. Enjoying their lives just as young people do, they spent time hanging out at the beach, the pool, the Fontainebleau Hotel, and local joints such as the Jewish delicatessen and the grocery store. They soaked up the sun, wore brightly colored and patterned bathing suits, and played all kinds of music and card games. They also partied, hard. On New Year’s Eve, they dressed to the nines, attending lavish events at fancy hotels across the South Beach strip. These people may have been on the last leg of their lives, but that didn’t stop them from having fun.

Sweet and Monroe found themselves drawn to the unusual and striking vibrancy of this community, going out each day to shoot the various activities of the special group. Why? Moss explains, “They knew that the community was going to be gone because the people were old and they were going to be dying soon.” With this, she says her brother felt compelled to capture their carefree and jovial spirit, and preserve their stories.

While Monroe chose to shoot in black and white, Sweet opted for color film, something that was considered more experimental at that time. In this way, their styles counterbalanced each other—creating a multifaceted record of the life there as it was being lived. Attempting to document the people as they were, Sweet took photos spontaneously, capturing a sense of frankness and irreverence that parallels the work of Vivian Maier or Diane Arbus. Though Moss believes it was her brother’s gentle and warm-hearted nature that helped people feel comfortable having their photos taken by him. 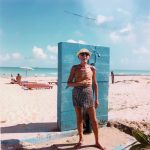 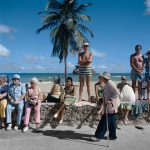 Then in the early 1980s, things began shifting in the community. At this time, a mass emigration of Cubans took place called the Mariel Boatlift, which changed the fabric of the area. While only a small portion of the refugees were criminals Fidel Castro had released from prison, the emigration sparked a wave of crime and drugs, causing the older community to feel a loss of that safety they once cherished.

In 1982, at just 28, Sweet was found brutally murdered. His death and the resulting trials were highly publicized in the media, and only a few years later, his family received more horrible news—a storage unit that contained Sweet’s negatives was lost. With only his prints remaining, Sweet’s family was forced to confront his death for a second time.

This was until 2006, when Moss’s partner, Stan Hughes, found a set of Sweet’s workprints hidden in the family attic. With the advent of digital technology and photo editing software, Hughes was able to bring the color and life back to his brother-in-law’s portraits. Slowly, Moss began sharing the images daily on Facebook along with ruminations about her brother, and the posts garnered a social following.

Sweet’s short life and collaborative relationship with Monroe are now documented in a recent film called The Last Resort, directed by Miami-based creatives Dennis Scholl and Kareem Tabsch. Moss says the project took years to come to fruition, and Sweet’s story still brings up many complicated emotions, but she’s glad more people are being exposed to her brother’s work and life. “He would be so happy. This is what he did and this is where his passion was,” Moss expressed over the phone. With this renewed interest in Sweet’s work, both him and the community his photographs enshrined are finally getting the attention they deserve. 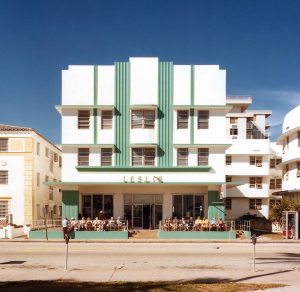 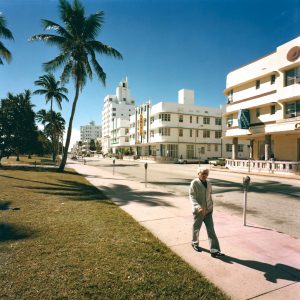 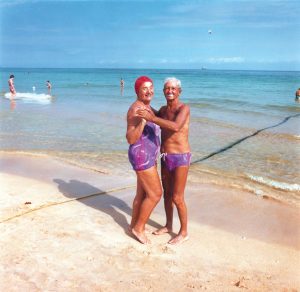 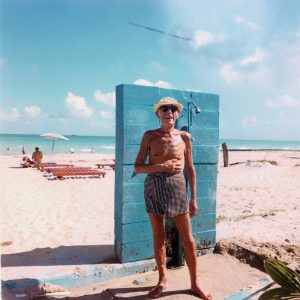 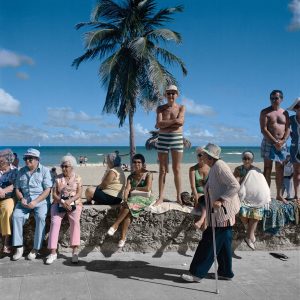 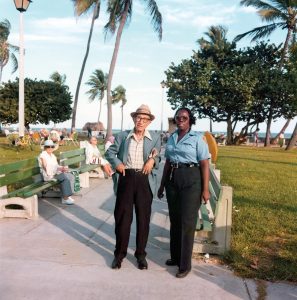 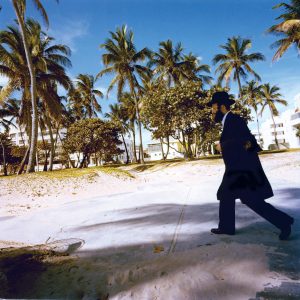 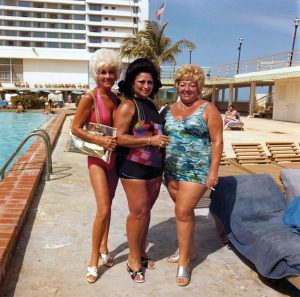