A$AP Rocky, Teyana Taylor, Jerry Lorenzo, and Dapper Dan came together for a night of performances, panels, and Harlem's best soul food in celebration of 212 Day.

Terminal 5 was transformed into the Harlem of old on Tuesday for 212 Day (presented by AT&T), a celebration of Harlem culture and street style. The famed corner of 125th St. and Lenox Ave was recreated, phone booths were installed; unfunctional, an ironically accurate touch. The storefront of Dapper Dan’s iconic Harlem atelier surrounded the stage. A mob of kids finally filed into the venue, covered in Harlem staples—Karl Kani, VLONE, and Nike Air Force 1s, colloquially called “Uptowns.” As Fab 5 Freddy, Harlem local and hip hop visionary, took the stage to introduce a panel of street style icons, the crowd moshed forward. In the chaos I stepped on someone’s pair of brand-new Timberlands, and he promptly suggested we head outside. I apologized, we shook hands, and watched as A$AP Rocky, Dapper Dan, Fear of God’s Jerry Lorenzo, and Teyana Taylor took a seat on the stoop of a recreated Brownstone—Teyana’s own pair of flawless Timbs earning me a targeted smirk from the man whose boots I had just scuffed.

The conversation veered quickly from a structured Q&A to the panel candidly chatting and exchanging stories. Dapper Dan alluded to the days of his youth, where on hot summer days he would take a dip in the Harlem River. Rocky, after a pause: “Y’all used to swim in the Harlem River?” Teyana also chirped in: “That shit is black!” But this was the only obvious generational gap amongst the panelists. Rocky related a story of visiting Dapper Dan’s atelier to buy a custom Louis Vuitton piece when he was just 14. “I had a perm back then,” Rocky admits, laughing when Dap admitted to not remembering the experience. Dap’s appreciation for Rocky didn’t go unspoken. “We showed ‘em how to make it. Rocky showed ‘em how to wear it,” he said to a cheer. “We used to walk Harlem, now we walk runways in Europe,” Dap continued, emphasizing how far the Harlem community has come. The panel members have undeniably helped launch Harlem style into a global conversation, but in light of the recent controversy with Gucci—and luxury fashion’s problematic history of cultural appropriation generally—the crowd looked for advice, or potential actions they could take. There was an air of cautious hope as Dapper Dan and Jerry Lorenzo reminded the crowd to stay wary. “We [have to] stop expecting these fashion houses to care about us,” Dap suggested. Jerry pressed the importance of supporting black designers and creatives.

Harlem up-and-comer Crystal Caines opened the musical performance section of the night, the renaissance woman playing tracks she had produced. She also performed her new singles “WHO GOIN LUV U” and “She Don’t.” A$AP Ferg made a surprise appearance, watching the show with Rocky and friends. Harlem native Sheck Wes was up next. Amidst recent abuse allegations, his reception was mixed—some cheers, but boos predominantly overtook the audience—some of the crowd, many of them women, filtered out in protest. Between performers, caterers serving classic Harlem cuisine walked through the crowd carrying black-eyed peas and fried chicken from Sylvia’s, Harlem’s soul food mecca. The atmosphere changed as soon as the Queen of Harlem, Teyana Taylor, took the stage with an explosive performance. The protesters trickled to the back of the venue and Teyana sang and danced, accompanied with a team of Harlem B-Girls. For her last song, she brought her whole crew on stage, and the concert evolved into a block party you’d find on any given mild Harlem night. 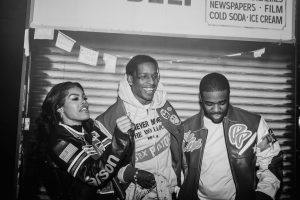 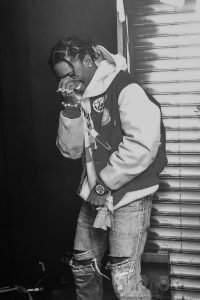 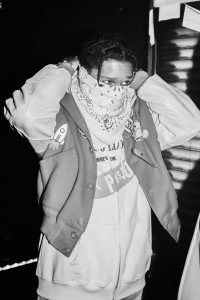 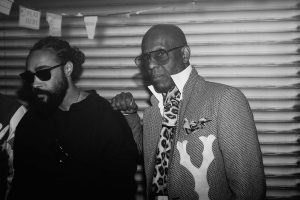 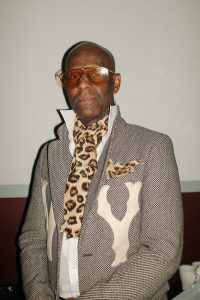 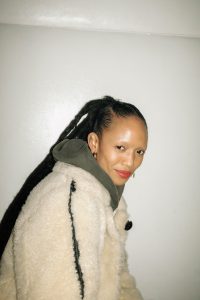 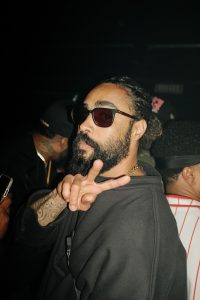 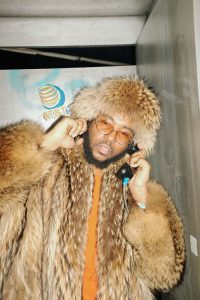 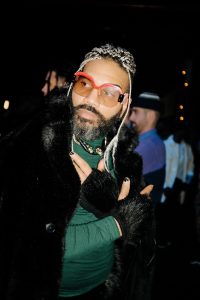 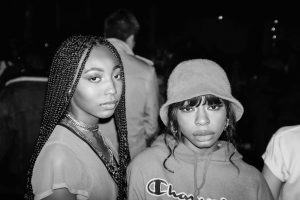 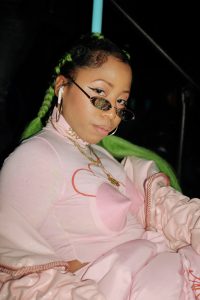 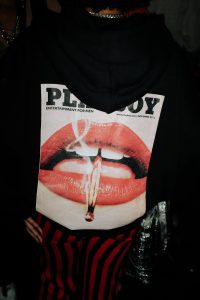 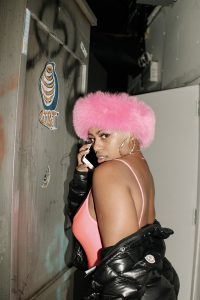 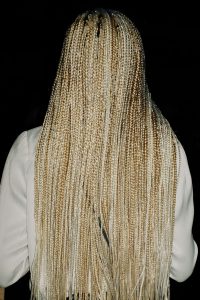 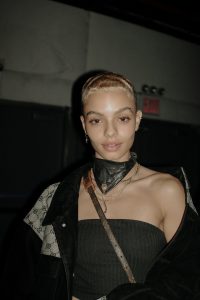