The muses of Robert Mapplethorpe, Herb Ritts, Keith Haring, Will Cotton, Mickalene Thomas, and Damian Loeb discuss their experiences sitting for some of history's most important artists.

According to Merriam-Webster, the word muse is defined as, “a source of inspiration.” Pablo Picasso had several, including Françoise Gilot, Marie-Thérèse Walter, and Dora Maar, and more often or not, they were also his lovers. Auguste Rodin had Camille Claudel, an artist in her own right. Alfred Stieglitz would photograph the hands of his artist muse, Georgia O’Keeffe. Last night, the New York Academy of Art, the figurative art school co-founded by Andy Warhol, honored 11 muses—Louie Chaban, Racquel Chevremont, Helena Christensen, Alba Clemente, David Croland, Rose Dergan, Anh Duong, Debbie Harry, Jerry Hall, Zoya Loeb, and Brooke Shields—at its annual Take Home a Nude benefit. Together, the muses have appeared in the work of artists like Keith Haring, Richard Avedon, Damian Loeb, Andy Warhol, Francesco Clemente, Robert Mapplethorpe, Herb Ritts, Mickalene Thomas, and Will Cotton. Document interviewed several on the experience of being an artist’s muse.

On being her partner’s muse:

I think it’s a two-way symbiotic relationship. We’re inspired by one another. We’ve been together now for 15 years, and I feel like I’ve been so inspired by watching my husband paint and collect these mechanical images over the years, and even though I’ve watched him paint so many paintings, it’s still so magical for me to see that process, and see every step of it, so I feel very honored to be a part of that.

On sitting for her partner:
I don’t sit for him, he takes his camera wherever we go, so basically, over the past 15 years, he’s photographed every day of our relationship, so we have photographs of when we met, our first vacations together, so yeah, it’s not so much sitting and posing. It’s more of a documentary of our life together, so it’s a really beautiful thing to have. 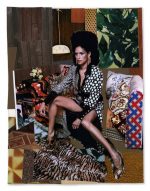 On whether being a muse or romantic partner came first:
They kind of came hand in hand, actually. I might have been her muse in 2003, I’m not sure, but that’s not when we started dating.

On seeing herself in Thomas’s art:
It depends—if it’s the paintings, it’s pretty surreal when you see a painting of yourself in a museum. My grandchildren might see this one day! Then we have stuff that we actually work on together, like videos, so those are a little more collaborative, so those are a lot more fun, but the paintings took a while. She started photographing me many years before she started painting me. She said she was very nervous about it, and wanted to make sure that I loved them, so she said she was scared to paint me.

On being a muse:
To me, it was always an honor that I was interesting enough for them. I think you can’t set out—this whole concept of muse is counterintuitive—if you set out to be one. So I think that for me that these different artists chose to care enough to depict me in their own vision. To be able to be almost not having anything to do with the actual product to me, was, and still is, such a gift. Because what I do for a living is perform in some way, so to be the object of that type of attention for such different artists is just fascinating to me. It’s like less about ego, and it’s more about how the individual vision of an artist is able to come through.

On posing for artists such as Keith Haring, Eric Fischl, and Richard Avedon:
They’re all so different, and they all really infuse their creation with them with their own self to a certain extent, and it’s just being available to whoever they need you to be in that particular time. 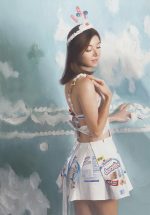 Rose Dergan by Will Cotton.

Rose Dergan, muse and partner to Will Cotton

On posing for her husband:
I get to wear great outfits, that’s the best part. I guess I’m available (laughing), but I do get to wear good clothes, that’s the fun part. He’s a good designer and a good seamstress.

On whether the relationship or being a muse came first:
We’ve met at a party, and yeah—painted after. I heard from friends he was the most fun person they’ve ever met, and I was like, I have to meet this person.

On seeing herself in Cotton’s art:
Sometimes it feels strange at first, because it’s not like I love looking at pictures of myself, but they really feel more like art than pictures of me. 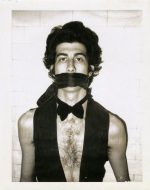 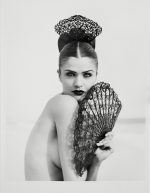 On Mapplethorpe’s early years:
I was his boyfriend, and so he had no Polaroid when I met him, he was just making his collage and things like that. I met him in 1970. We were both 22 years old. I had been used to doing for big photographers, like big cameras, so the Polaroid didn’t mean that much to me, and then it did because I saw how beautiful they were. There were like 10 pictures in a roll, and it would take maybe 20 minutes for each picture, which considering a Polaroid happens quickly, it was beautiful. He was very exacting, and it was fun.

On thinking about the ‘70s:
It’s nice. I love it because it brings back very good memories. It was a beautiful time. We were young, we were talented, we were working all the time, and we had a great time.

On Mapplethorpe’s success:
I knew early on that he was going to become very well received. You’ve seen the pictures of me right? They’re very studied.

Helena Christensen, muse to Herb Ritts
On being Herb Ritts’s muse:
That was probably one of the highlights of my career, and quite possibly, also my life. Being the muse was one thing, but being able to work with somebody so legendary, who ended up becoming a very close and dear friend, and who also became a mentor, and a teacher. Someone I looked up to in so many ways. He’s a big part of why I’m a photographer, and why I shoot the way I do, and why I’m so fascinated by light.

On appearing in the Herb Ritts-directed music video for Chris Isaak’s “Wicked Game:”
At the time we did it, it was just work, as in another workday, but again, with somebody I admire hugely. It was a very hard workday. It was 18 hours, so one long, very exhausting day, but I could sense something really magical was going to come out of it. The song itself is endlessly beautiful, but I had no idea of the effect it would have, and even now, how many people come up and tell me really lovely things about it. It’s basically one of the jobs or things I’ve done in my life that has had the most effect for my career and on my career. That was long time ago. It stood the test of the time. He was amazing. I wish he was here. 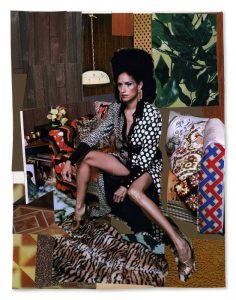 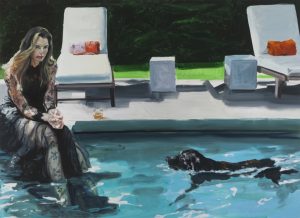 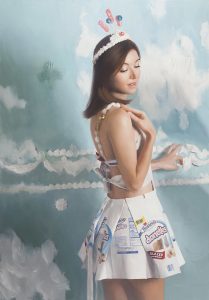 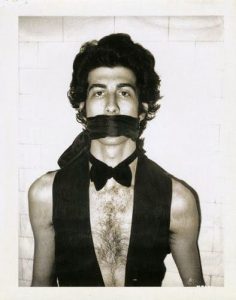 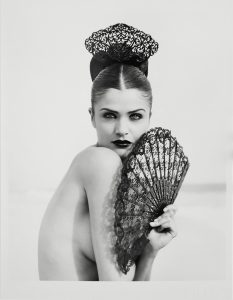