The fashion designer also introduced the French fashion house Celine to menswear in his debut collection.

If there’s any one designer who carries a reckless sense of rock and roll abandon in his aesthetic, it’s Hedi Slimane, who did so when he introduced the fitted suit silhouettes at Dior Homme in the early aughts, or the romantic grunge he put out on the runway at Saint Laurent. Gone is the Céline of Phoebe Philo; Slimane’s Celine is younger, and full of that youth culture influence and rock glamour that Slimane knows so well.

Slimane will always stay true to his menswear roots; he did so here by introducing men’s—or unisex—clothing to Celine for the very first time. We see that skinny suit silhouette that gave Slimane his name, complete with the refined sense of tailoring that the designer does so well. Slimane’s suiting had boxy shoulders, a longer torso, and skinny trousers. The designer also threw in all the requisite pieces of a cool guy’s wardrobe: a slim khaki trench, complete with square shoulders; a number of cool leather jackets, including the good old motorcycle silhouette; a wool peacoat; and even a military-inspired blazer.

In the first look, Slimane introduced his new vision for Celine through a sculptural, off-the-shoulder, black-and-white polka dot  minidress, styled with a black fascinator and black leather boots that were filled with loads of attitude. It was the wardrobe for the sort of young, wealthy, cool insouciant women who frequent places like Le Montana in Paris, Chiltern Firehouse in London, or Paul’s Casablanca in New York. There were party dresses that recall the ‘80s through bulbous short skirts, ruched bodices, and a dose of sparkle or shine. Slimane showed that the little black dress is still going strong, with versions that had lace, leather, shiny paillettes, and even feathered shoulders. Slimane  isn’t into the streetwear-tinged influences we’ve seen at several of the other big houses; there was nary an inkling of streetwear on the Celine runway. Yet, with the gender-neutral suiting worn by both men and women, Slimane showed that he knows what the new luxury customer wants.

Slimane’s viewpoint is strong, and at his debut for Celine, he suggested that the French fashion house is ready for something fresh, something new, and something a lot more fun. 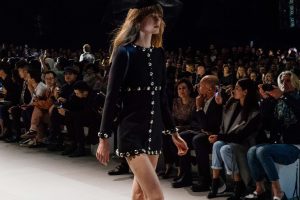 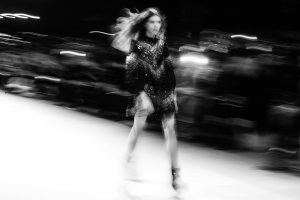 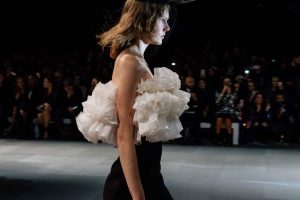 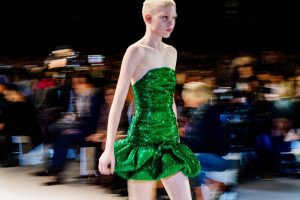 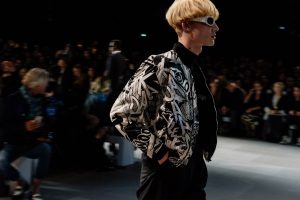 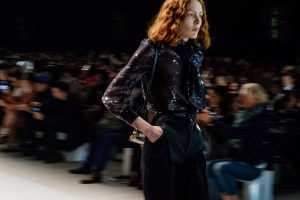 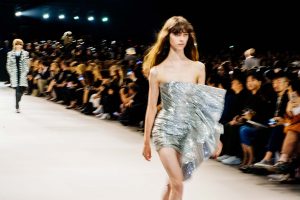 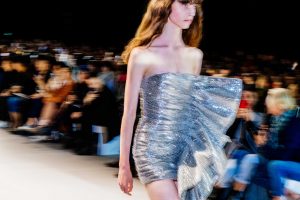 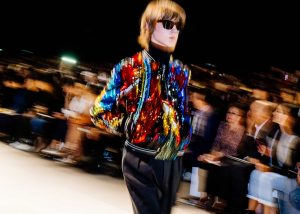 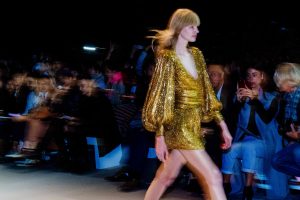 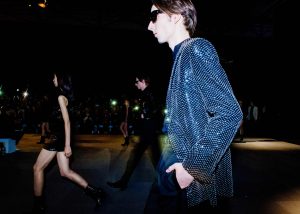 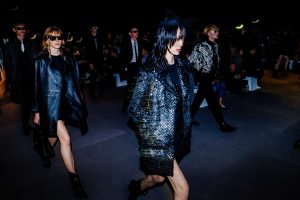 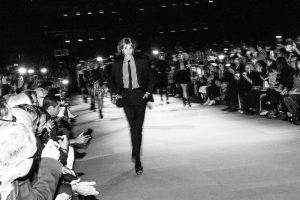