As Hermès showcased its Fall/Winter 2018 collection with an immersive exhibition at the National Art Center of Tokyo, Document sat down with artistic director Bali Barret.

When Hermès wanted to create an event with impact to showcase the clothes from the brand’s women’s universe, they tapped French curator, writer and filmmaker Laure Flammarion to create an imaginary world where people could take in the Hermès Fall/Winter 2018 women’s collection. Flammarion conceived of Avec Elle, an immersive exhibition that’s on view through July 30 at the The National Art Center of Tokyo in Japan. Avec Elle takes viewers through the making of a movie that is about “a woman expressed by Hermès day after day—free, independent, mysterious, sensual and passionate.” Document’s Editor-in-Chief Nick Vogelson spoke with Bali Barret, artistic director of Hermès women’s universe, about Tokyo, Avec Elle, and why the brand chose to engage the city through a participatory exhibition.

Entrance of the theatre.

Document—The exhibition was so beautiful. How did it come about? What was its genesis?

Bali Barret—Masao Ariga, the president of Hermès Japan, wanted to do a new format which we had never done before. So, we settled on a long three-week exhibition set around a women’s universe. We’ve been doing this for a few years, but we really had to think this one through.

Document—I think Hermès does this better than anyone, the emotion.

Barret—We thought about working with somebody who was doing film and writing because it’s all about story and emotion. We thought about Laure Flammarion, who you saw yesterday. She is a very interesting profile because she’s a director, a creator, and she’s in charge of a gallery in Paris too. She’s been writing the scenarios. The mix is that this girl would be a good person to imagine something. And I like very much her references, her person of culture so she did this speech and this history of perspective on the woman that you see playing in the play.

Document—It’s like the breaking down of the fourth wall in theatre. But that’s not what your talking about.

Barret—Laure imagined the story and from the very beginning I was excited with the idea she landed on, having the public in a movie moment. You are there, but at the same time you shouldn’t be there. You have the feeling that you’re watching something that you’re not supposed to, which is quite exciting and also having cinema moments, strong cinema moments where you feel emotion. You know those moments by the sea, and you have the movies.

Document—What have you learned that you didn’t expect to learn from this. Or what turned out differently that you were excited about?

Barret—Having a different eye than mine. I think it’s very interesting to have another woman looking at our work and cherish it. It’s a very nice feeling to have somebody who understands and who really appreciates art.

Document—In a project like this, how do you balance each house within the women’s universe to makes sure it speaks to Hermès, yet still feels individual?

Barret—I think the main thing in this event was that it really is a women’s universe. Showing this woman. Talking about this woman. Her place, her bags. The fact that you could access her intimacy was very interesting to us because it’s really like visiting a house when somebody is not here. You know during the opening you had a man watching in her bag. They could check and see what is there in a woman’s bag which is like a big secret for most men. So all this decor and the set—it’s about being somewhere. It’s very interesting because you understand the woman in a different way then being in a show with a look and accessories. It’s wider and softer, less didactic.

Document—How do you balance your Hermès heritage with creativity and pushing things forward and being innovative?

Barret—I think it’s the equation of Hermès. For me, it’s not like one on the side and one on the other side. It’s not like contemporary on the one side and tradition on the other. It is the same thing. You are supposed to include the heritage in your contemporary creation. Because heritage is not about being boring or being old. It’s about skills and know how. It means something. So then having new ideas, and using this tradition is the perfect way for me.

Document—How important it was for you that the experience was accessible to the public?

Barret—We did it with Hermès and The National Art Center, Tokyo, was an open exhibition, but was one of the few ones. And regarding fashion or accessories it’s not as common, you have great retrospective in a museum, but having a contemporary moment open to the public. It was his idea and I think it’s a very good idea to open the doors..

Document—I think it’s so important, but it’s not always possible.

Barret—To the younger generation. Because for many young people sometimes Hermès is a really impressive and status brand, they wouldn’t really know, or they imagine things that are not really real. So I think the possibility to discover…

Document—At that amazing museum which is a dream.

Barret—Yeah, how they want to, feeling free. It’s a super good idea and nice. And hyper successful.

Document—There were so many people lined up to go in right after. They were so excited to see it.

Barret—It’s amazing. It was full for three weeks which is amazing. In many ways it’s a new experience, new format, and a very good idea.

Document—It’s so rare to be able to do something like that with an institution.

Barret—Yes it’s true but it took them almost two-and-a-half years to be able to set it up. I think it’s been quite tricky.

Document—Which was your favorite scene? Which one inspires you most?

Barret—Hesitations. Between the sea and the parking. I like the parking, I like this car. I like the situation with the movie. It’s really a nice moment, you know, a mythical moment. I like when the guy is throwing the keys and she takes them. Also. the other one with the girl going by the seaside and deciding she wants to swim. It’s also beautiful. I can’t really choose.

Document—They were all so inspiring. It was such a lovely experience. It made you dream. It felt like almost you were in a dream in a way.

Barret—Oh, that’s nice. That was the purpose. 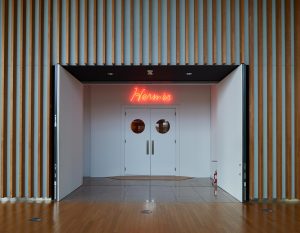 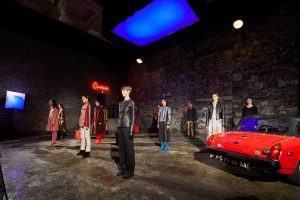 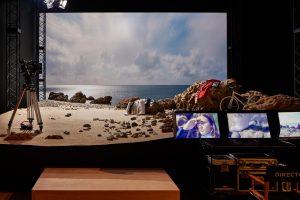 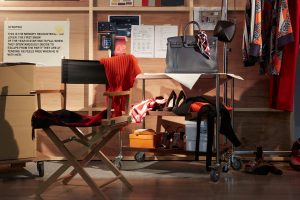 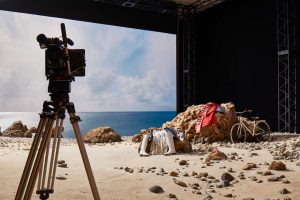 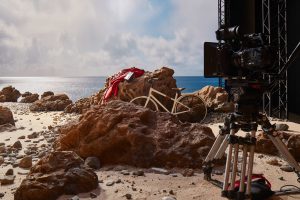 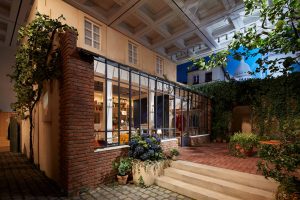 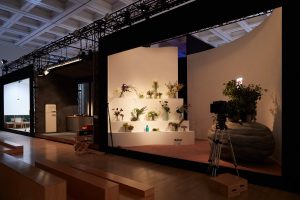 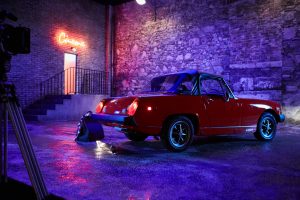