On view through November at the Museum at FIT, ‘Fashion Unraveled’ looks at imperfections in fashion history from Maison Martin Margiela to Comme des Garçons.

Fashion isn’t always about the conventional, consisting of perfectly sewn hems or crisp, new fabrics. In 1966, Betsey Johnson took a handful of discarded rugby shirts worn by her then-partner, John Cale of the Velvet Underground, and stitched them together to create a playful striped jumpsuit. Three decades later, in 1990, Martin Margiela created a pair of his now-iconic “tabi” boots and coated them with a thick layer of white paint to induce an effect that would cause the varnish on the boots to crack and deteriorate over time. Then, a little over a decade later, Oscar de la Renta designed a tweed dress, finished with feathers, resulting in a tattered-looking hemline.

Fashion Unraveled, on view at the Museum at the Fashion Institute of Technology through November 17, explores the history of imperfections in fashion, from the mended and altered to the repurposed and the unfinished. Curator Colleen Hill gathered garments from the 18th century to the present with the idea that these imperfect features—whether intentional or by accident—can help to form the narrative and identity of a piece. “Deconstructed clothing is not typically considered beautiful in the usual sense,” said Hill, “but I think that this is so intriguing and pushes the boundaries of what we consider fashion and wearable clothing.”

The idea of intentionally unfinished fashion was an antidote to the prim and proper silhouettes of the 1950s, correlating with the anti-fashion of the hippie movement of the 1960s. People leaned towards used or vintage clothing and worn jeans, Hill explained. “Once anti-fashion starts wearing that and it becomes this fashion statement, you start to see high fashion designers make distressed denim, or make distressed suede, so they’re kind of bringing that look into high fashion, and then it spirals from there.”

The exhibition opens with four looks: the 1997 Comme des Garçons issue of Visionaire that consisted of a pattern in a box with no instructions, a 1994 Christian Francis Roth suit that mimics a toile—the designer’s test garment, a black-and-white spring 2000 Yohji Yamamoto dress that gives off the illusion of being unfinished, and a 1958 toile from Cristobal Balenciaga. From there we discover that sometimes fashion was repurposed out of necessity, such as in the case of the Depression-era dress fashioned from feed sacks, to Margiela’s irreverent 1991 sweater created from green army socks—a response to the delicate and high-brow nature of couture. Alber Elbaz draped the fabric on a Spring 2010 cocktail dress for Lanvin so skillfully that the seemingly deconstructed pieces of fabric come off as elegant. Rei Kawakubo’s contradictory garments for Comme des Garçons, which Vogue called “complex and naïve” at the same time, highlight the designer’s desire to push the boundaries of conventional beauty.

“People like Rei Kawakubo were trying to make a statement that things did not have to to be form fitting to be beautiful,” said Hill. “It’s this different notion of how we can approach or bodies, how we can approach fashion aesthetically, and I think that is something that has become so ingrained in the fashion lexicon now that we don’t really think about it.”

In the imperfection of the unorthodox, Fashion Unraveled puts a spotlight on the intention behind the distressed, the unfinished, and the deconstructed. 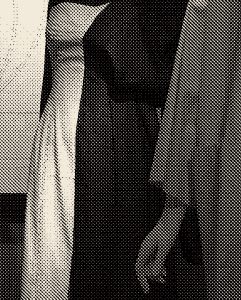 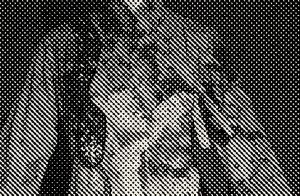 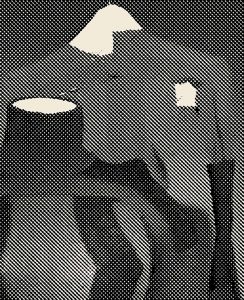