On ‘Freedom’, his fifth record as Amen Dunes, Damon McMahon makes post-modern soul music that stares down the borderless terrain of the self.

“Did she say she was going to charge us rent?” asked Damon McMahon, sitting in a Brooklyn diner this past March. At peak business on a Saturday morning, our table was noticeably empty— neglected coffees and a picked over fruit bowl. Our waitress, we were being informed, had noticed. An affectionate grin crossed McMahon’s face while he plucked out a grape. “She’s told me that before.”

The songwriter, who has been making records as Amen Dunes for the past 10 years, has been a bit like a squatting tenant at the diner recently. Of the restaurants in Greenpoint, the fast-developing Polish neighborhood where he lives, it’s the one he’s designated as the site for meetings with music journalists. The 38-year-old has been meeting with more of them than at any point in his tenure as writer of mutant folk songs known to envelope listeners in warm sheets of decay. The release of Amen Dunes’ fifth album, Freedom, is still a week away when I take my turn at the diner, but a coronation for what McMahon has found in himself, and put into song, has already begun. Heavy praise from critics has clung to the record’s first singles. In a week, Amen Dunes’ first performance in three years will sell out the Music Hall of Williamsburg. Also absent from the table, and McMahon, was the buzzy energy that coattails anticipation. “It can be a mind fuck for someone like me,” McMahon explains of the attention. “Hold onto the normalcy. If it’s genuine art, you’re not the artist. That’s what I believe.” 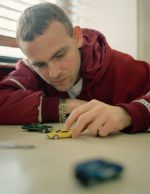 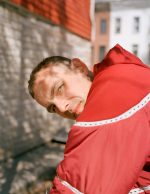 There’s a game of opposites and sincere contradictions at work in Freedom. McMahon, the diminutive front man, has put his face, etched in shadows, in full color on the record sleeve. The mystique of this visual is undone by the personal dredging that takes place on the album. It’s a dredging that McMahon has alternately termed an exorcism, a confrontation with an unstable father, the culling of egos, and a reckoning with his mother’s diagnosis of terminal cancer. The kind of dredging most would avoid to conduct in the public eye. Thanks to the album’s sprawling title, the album presents itself as a stadium-sized footnote on selfhood. Alternately embracing it, and at other points, disavowing. On the album’s hallucinatory closer, L.A., McMahon can be heard chanting “that’s not me” in the final cooling off moments. His voice is pitched down here, marking it unfamiliar—one last ego surfacing or a disavowal of an album’s worth of disavowals. Before I can ask the origin of the refrain, McMahon cuts in. It’s just a nod to one of his favorite grime anthems, Skepta’s That’s Not Me.

If Freedom is a disavowal or an active exorcism of selves past and present, I ask McMahon if the cleanse worked for him. “It’s a bit like WiFi that comes in and out,” he answers. “My own reality is not what I perceived me to be in my own life. These songs happen to reflect that. I’m trying to learn that it’s all not really me, which is contradictory, maybe.” McMahon has spent a lifetime making music like this, working doubt, conflict, and opposites into the material like stain into raw wood. As a teen growing up in New England, he was a self-proclaimed non-musician growing up in the shadow of a talented older brother—a “real musician” as McMahon describes him. The brothers formed INOUK, one of the many rock revivalist bands that students of early aughts music history look back on with fond condescension. Next-big-thing speculations quickly gave way to a flame out. “We had the worst drama of any band. Everyone was on drugs. It was so volatile. It was 90 percent ego, ten percent creativity.” McMahon clarifies: “Our intentions were impure.”

In 2006, following INOUK’s implosion, McMahon released a hastily-recorded album of acoustic ballads under his own name. Pitchfork awarded it 3.6 stars writing of McMahon’s career to date: “Well, that didn’t last long.” Over the following 12 years, however, McMahon embraced the fleeting, taking liberties to tap new veins and to walk away whenever the well went dry. His work modulated across intervals, keeping his styles and collaborators in flux from 2009’s DIA through 2014’s Love, a cloudy suite of songs recorded with Godspeed You! Black Emperor. McMahon’s voice curls like a sturdy ribbon throughout each release, a cable connecting disparate islands. On Freedom, his voice is often the densest material in the mix, in spite of McMahon’s struggle with a paralyzed vocal cord. “I didn’t know what I was doing for a long time. Singing is hard. To be able to sustain this, I have to work my ass off,” he says. The trademark warble that he lets loose during versus he attributes to his grandmother, a country singer from West Virginia. The raspy punctuations and loopy cadence that jog along on Mika Dora, the album’s crest, he traces to “Bob Dylan and rappers.”

There’s an authority some singers attempt to don today that is often unearned. The ability for a listener to fantasize is crippled when a performer’s boundaries are in plain sight. Throughout Freedom, McMahon’s limits are never found. What you’d call menace flourishes in this uncertainty. Yet, he never turns his authority on his audience, preferring instead to taunt some version of himself, a coach running next to a flagging player. In Blue Rose, he mocks what might be his portrait on Freedom’s cover. “I’m the baddest, stoniest thing in town.” Later, he winks at it when he sings: “I can hardly change.” 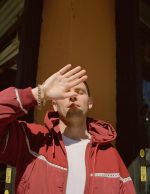 McMahon thinks of Freedom as a “contemporary” rock and roll record. But the record bucks any immediate traditions, taking pains to obfuscate even familiar reference points. On Skipping School, a harmonica played by McMahon’s brother is smeared on top of the mix, a dull razor working out a slow melody. Pianos bob in the album’s sea of guitars like fat buoys. Where past Amen Dunes albums emphasized stillness and played with space, the songs on Freedom are roving and unsatisfied. Its hungry rhythms in pursuit of his possessed voice. The contemporary aspect of McMahon’s take on rock and roll is hybrid, a commitment to a classic framework but little else. McMahon uses the analogy of a house. “I make rock and roll music. The structure is like a house, but I’ve built it out of rubber and stone and wood and fruit and plaster and metal—but it’s still a house.”

Functionality isn’t a lens we often apply to music but, like a house built properly, even out of fruit, it can be shelter. (Or a gathering place, or a hiding spot, or a bunker for one’s memories.) McMahon has come to see a utility in his songs and in his role. For himself and increasingly for others. Realizing this has left less room than ever for McMahon to gum up the works. “As I’ve grown older, I realized it’s not all about me. My music is fucking useful to people,” he says. He knows that naming albums “freedom” or “love” is a bit like an art-school rebel taking the piss. But it’s also a way for him to cut the “thickening” properties of his songs with something light. It also elevates a surprisingly sincere aim of his with Freedom. “I wanted to make people feel sexy,” he stresses with a laugh. “I listen to Michael Jackson and Bob Marley all the time. That music is fucking sexy. I want music to make me feel sexy, and if it makes me feel sexy, it’ll make you feel sexy. It’s that low level.”

There’s a curious third person perspective that McMahon frequently cuts to during our conversation. Artistic remove, so often, feels like an attempt to bronze a work in conceptual heft. With McMahon, however, the disassociation reads as an extension of the chant on L.A.: That’s not me. That’s not me. That’s not all me. In this light, Freedom feels like a case of estrangement, the creative effluent of an artist living in the paranoid digital present. “I don’t identify with the Amen Dunes thing. I‘ve got reverence for it, but it’s like my dead twin,” McMahon suggests. “I don’t think I created it, but I do think it exists.”

In 2018, a creative life mandates the most tortured of logic: unceasing self-exposure coupled with demands for fruitful introspection during any available snippets of isolation—something akin to searching for the divine with a smartphone’s flashlight. It’s unsurprising, then, that for an artist like McMahon the terms of success are less a life lived in the fast lane and more in some placid cul-de-sac. At one lull in our conversation, he asks about a Roland Barthes book I had on hand, which led to a tangent on Baudrillard, another famous French thinker with a “b” in his name. The cranky philosopher’s famous notion of simulacra and simulation is an incontestable truth to McMahon. Visibility, numbers, copy-catting, replication, and reduction are the requirements for a job he has never wanted and isn’t pursing here, even today, as he sits inside his own contradiction. “What is freedom?” Baudrillard once asked. McMahon has made a career by living the answer. 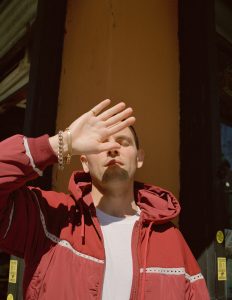 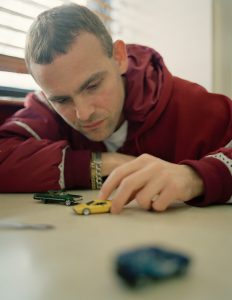 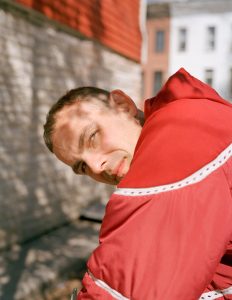