It’s not uncommon to see people of color in campaigns, photoshoots, and other forms of media anymore. In prior generations, Black people were often a sport for tokenism, as there was only ever room for one person of color—usually, someone with European features and “white-passing” abilities. Or, even beyond that, Black people weren’t seen on screen. Instead, they were caricatured by others as a means of humiliation.

Now, as woke movements are imperative, and branding must consider diversity, people of color find themselves as stars. But despite the front-cover glamor, the beauty of the culture of this demographic is being expressed through the perspectives of those who’ve never experienced it. How diverse can something be when images are taken from puppeteer colonial perspectives? To drive forces still rooted in Westernized thinking, that uplift standards that coincide with tokenism, colorism, and obviously, racism?

With a photographer like Ask Photos, we can take a breath—sighing with relief to be shown images that reflect our own humanness, and asking why we’ve gotten used to seeing anything else in the first place. Throughout various series, this photographer—who prefers to be called by their professional name—breaks down the anti-Blackness being witnessed on a global scale, as her photos are captured in Ghana and other African countries. 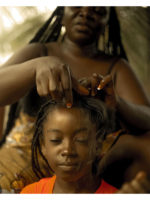 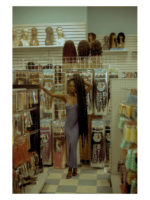 Ask Photos’s civilian portraits are vulnerable memories of Black people and Black life, existing without authority or judgment. The photographer has the gift of capturing memories over moments, bringing life to the frame whether or not they use color.

In image after image, Ask Photos ponders what we’ve reckoned Black culture to be. These photos reimagine—or rather, refocus—on the roots of Blackness. Ask Photos gives us the strength to refuse the falsely inclusive campaigns and the colonized perceptions of Blackness that have been allowed to seep in. Through her images, we see our reflections in their purest form: human.

JoliAmour DuBose-Morris: How would you define photography in your own words?

Ask Photos: Photography for me can be defined in two ways: Allowing viewers to understand the power of my imagination, and letting them also know that if you just allow yourself to create, you can [make] fantastic art. Photographers are some of the few creatives that can trick the universe. We are some of the few creatives that have the power to pause a moment forever.

JoliAmour: What is a picture you’ve taken that has made you, or anyone that you know, emotional? 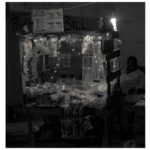 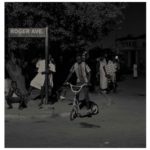 Ask Photos: Hair Appointment is one of my many projects that have [triggered] an emotional connection with my viewers. Hair Appointment is a picture any Black kid or adult can relate to. When I shared the image with the world, my viewers accepted it with so much warmth and saw ways they connected with it. Some even say the images give them a nostalgic feeling, of their mothers braiding their hair.

The preciousness of Blackness is exemplified through Hair Appointment, as this series was able to connect [with people] across many regions of the Black community, allowing all of us to emote back to experiences and memories we have with our loved ones.

JoliAmour: Why is it important to see Blackness—Black community, Black women, Black children—from a decolonized perspective? Specifically, in a place like Ghana?

Ask Photos: A majority of the images shown in the media of us are not exactly a representation of who we are. It pains me to say this, but unfortunately, colorism exists in Ghana and other African countries—to the point of people taking measures that could damage them. This is an effect of other media blacklisting dark skin, or just not wanting to work with us. Teaching our young ones how to appreciate their Blackness from our own perspective is the best thing that could ever happen to any African. Instead of just cutting the trees down, we need to unroot the colorism in us. It is important to talk about hard topics like these and to find ways to reteach ourselves how to love ourselves for who we are.

JoliAmour: What’s the difference between taking pictures of neighbors and strangers versus models? 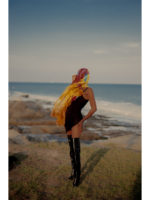 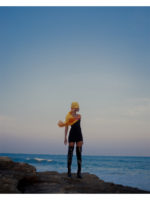 Ask Photos: The stranger or neighbor is in their rawest and most vulnerable state, and is a hundred percent themself. They didn’t have to dress up or model behavior that isn’t theirs. Taking pictures of strangers always reminds me that I do not always need to be in control. A stranger might not know it, but they have more control over me and my camera when shooting than I do. It is the job of a model to look pretty or sad on cue, which is modeling the behavior of someone else. That makes the emotion [in] an image not completely real.

JoliAmour: How do you use color as a vessel in your photos? How does it differ from the black-and-white form?

Ask Photos: I use color as a conversation starter, and to send a message. We as a society need to take the idea that it is difficult to color grade dark skin—or that dark skin isn’t beautiful in pictures—out of our minds. Black-and-white is one of the easiest forms of color in photography. Anyone can take a picture in black-and-white. How many of us are actually trying to learn how to appreciate dark skin, and learning how to care for it during editing?

JoliAmour: If someone were to discover your work years from now, how would you want them to explain it?

Ask Photos: I would want them to explain it as traveling back in time. I want my work to be viewed to understand parts of the past—to be able to [explain] why they see more of African and Black culture in the media in a positive light, why more Black models are in the spotlight. To be able to appreciate their presence. 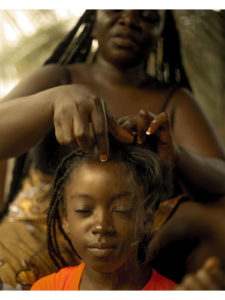 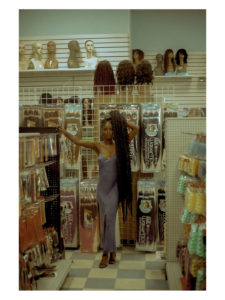 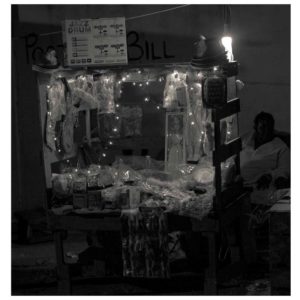 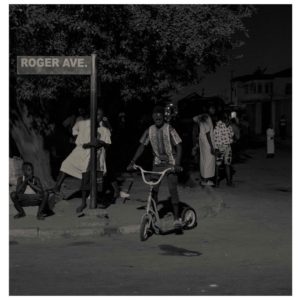 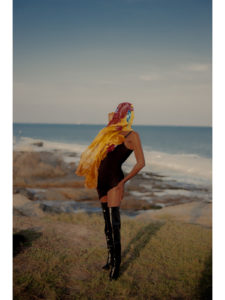 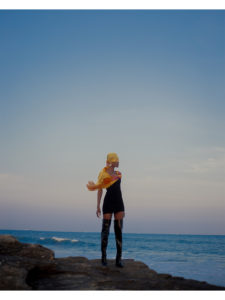