You can't judge a book by its cover, but you can judge the Democratic debates by the books the presidential hopefuls can't stop talking about.

Document’s contributors are compiling summer reading lists with a twist. We’re asking writers, authors, artists, scholars for their old favorites and anticipated releases. This week, we decided to do things a little bit differently. Ahead of the second round of Democratic debates tonight and tomorrow, Document rounded up the book recommendations made by a few of this year’s candidates. The mix is about as eclectic as the pool of candidates, with an unexpected flair for self-help.

Pete Buttigieg: The Quiet American by Graham Greene
Following Pete Buttigieg’s buzzy claim that he taught himself Norwegian while attending Harvard in order to crack through Erlend Loe’s bibliography, further insight into the young Mayor’s bookshelf has been a priority. Of course, he joins Beto O’Rourke and Joe Biden in the ranks of white, male candidates paying requisite homage to James Joyce’s Ulysses (“in a way it’s very democratic”), but we Sparknotes’ed that tome in college, so we found an alternative.

The Quiet American is a slightly more accessible addition to the Southbend mayor’s infamously intimidating casual reading. In an interview with Vulture, Buttigieg, an Afghanistan veteran, said, “I wrote my thesis on this prophetic Graham Greene novel about the dangers of American involvement in Vietnam, set in the 1950s before most people knew we were operating in Vietnam at all. In a very jaded, British way, Greene points out the dangers of well-intentioned interventions.” So far, Buttigieg has presented Americans with a relatively neutral vision of what U.S. interventions might look like with himself at the helm, but who would expect anything less than a vaguely pleasing response from the rabidly popular underdog.

Amy Klobuchar: Personal History by Katherine Graham
The senator from Minnesota made a notable breakthrough on stage in the first round of debates, taking Jay Inslee to task on his claim that he was the only candidate “to advance the ball” on women’s health. In keeping with her fierce defense of women’s place at the table—armed with a hair comb in place of a fork—Amy Klobuchar selected the autobiography of Katharine Graham as her must-read of 2017.

In a feature with Wall Street Journal, Klobuchar explains why the resonance of Graham’s story goes so far beyond her publication of the Pentagon Papers. “This book isn’t just about protecting the freedom of the press—it’s about the power of women to ­defend it…In a business dominated by men, she was often the only woman at the table. But she ushered in a golden age of journalism and guided her newspaper through landmark stories. Graham once said “power has no sex.”

Here’s hoping the Klobuchar campaign can channel a bit of Katherine Graham’s, per Meryl Streep, “energy, mind, grace, humor, and humility,” and leave the “Veep parody” aside. Combs and low-level staffers everywhere will thank her.

Cory Booker, The New Jim Crow by Michelle Alexander
Cory Booker’s unwavering optimism has become one of his most distinguishable qualities. He mentioned “love” 18 times in his campaign launch speech and quote tweets self-help gurus like Dale Carnegie. As level-headed pundits fret over whether the candidate is in fact, “too nice,”  both to his political opponents and Wall-Street tycoons, Booker’s reading habits reflect a tougher side of the candidate, one colored in large part by a legacy of racial injustice and recently aimed toward Joe Biden.

In an interview with the The New York Times, Booker speaks of the influence of Malcolm X, Ta-nehisi Coates, and Michelle Alexander’s The New Jim Crow. “I opened it feeling like I knew a lot about mass incarceration, but she presents her case with such an unrelenting avalanche of evidence and data that I found myself even angrier at the depth and breadth of the problem,” he writes of the Alexander’s book. “This broken system is one of the most shameful, damning and tragic realities that currently exist in our nation.” 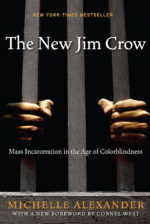 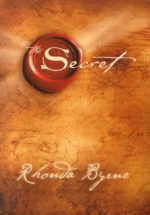 Jay Inslee, Moby Dick by Herman Melville
Even setting aside the persistent denial of climate change, a campaign which openly prioritizes environmental reform is an ambitious undertaking. The scale of the problem is nearly incomprehensible, corporate and political pushback against substantive change is nearly insurmountable, but nevertheless, Inslee has committed himself to the thankless task.

So when asked about the book he returns to time and time again, it’s not a shock when the Washington governor reveals, “I’ve probably read Moby Dick, by Herman Melville at least five times.” The “environmentalist epic” is also the source of Inslee’s favorite, or at least most memorable, literary quote: “It is not down in any map; true places never are.” A little hopeful—and a little out of reach.

Kirsten Gillibrand, The Secret by Rhonda Byrne
While Marianne Williamson has stolen much of the self-help spotlight, and legitimately so, she’s not the only candidate who enjoys the occasional dip into the bliss of a new-age philosophy. In her book, Off the Sidelines, Gillibrand admits she bought copies of The Secret for her staffers during the process of trying to pass the 9/11 healthcare bill. The book champions the power of consistent, positive thinking to manifest desired outcomes—a familiar thread in Gillibrand’s autobiography and in her children’s book about ten suffragettes. Buy her book along with the Krassenstein brothers’ How The People Trumped Ronald Plump to capture the full, bizarre spectrum of children’s literature in circa 2019—and to see a ripped, half-naked Robert Mueller.

Our takeaway: Senator Gillibrand might have a few crystals lying around as well. More power to her. 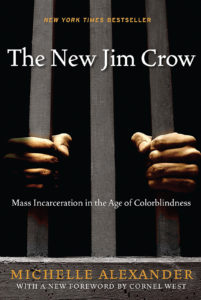 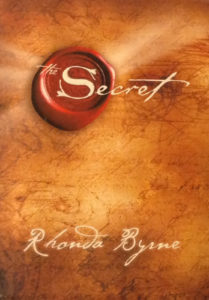