The jeweler discusses bringing the interdisciplinary ethos of The Wiener Werkstätte to engagement rings.

Anna Sheffield is known for designs that range from classic to edgy, but her foundation is firmly rooted in art. Sheffield will take a black diamond and mount it to a yellow gold band for a minimal, stylishly unconventional effect. Her rings can be stacked with others, or Sheffield will add depth to the traditional hoop earring by restyling it into two rings and placing a single pearl in between them. She has even revamped a traditional Native American turquoise necklace—Sheffield grew up in New Mexico surrounded by the craft—by accentuating the squash blossoms with halos of diamonds. Sheffield also works with her clients to customize pieces for them. It’s no wonder that her point of view has made her the engagement ring designer of choice for the fashion set. Her fans include Meryl Streep, Olivia Munn, Diane Kruger, Charlize Theron, and Lupita Nyong’o. Alexandria Ocasio-Cortez recently wore Anna Sheffield on the cover of The Hollywood Reporter.

Sheffield first studied to be an artist at the Academy of Art in San Francisco before taking her eye for aesthetics into jewelry design. She recently went bicoastal, and opened a location on Melrose Avenue, before unveiling a new brick-and-mortar boutique, which Sheffield worked on with architects Brittany Hart and Justin Capuco of architecture firm Husband Wife, at 19 Bleecker Street this winter. Sheffield took the ethos for her practice—and her New York store—from the storied Wiener Werkstätte, the workshop and movement that was born out of the Vienna Secession in 1903 by Koloman Moser and Josef Hoffmann that would eventually inspire movements like the Bauhaus. The Wiener Werkstätte believed that art, ceramics, fashion, silver, and furniture were intersectional and connected, and it brought together artists, architects, and designers to create objects and accessories that were ahead of their time. They created pieces that were a departure from the ornate, over decoration of the late 19th century, and instead were progressive, minimal, and still timeless today.

“Everybody was starting to streamline and make things more simple, but I love the concept of how they worked between artist and artisan, in that design and art were counted as the same thing,” said Sheffield. “I feel like they’re mutually inclusive. They’re very much the creative process of how people arrive there, and how I arrived at making jewelry is through art. Obviously it’s a product, but it’s very sculptural.” 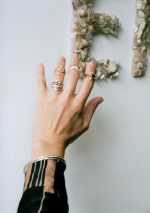 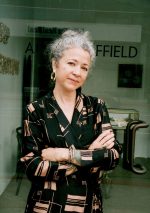 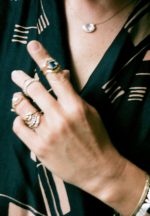 Sheffield took this idea of interdisciplinary creativity and collaboration and imbued it into both her practice and her store. She incorporated elements from the Wiener Werkstätte, like tiles with a pattern inspired by textiles, and fixtures and furniture that emulate the curves that were so prevalent in the Wiener Werkstätte aesthetic. Artist Jim Mangan’s photographs of rich, colorful landscapes of the American southwest hang on the wall (his book, Time of Nothing, is also for sale there). In one corner, a diamond-shaped light fixture decorated with beads and obsidian by her friend Bec Brittain dangles from the ceiling. Near the entrance, a curved marble sculpture by the artist Hanna Eshel sits by the window. In another corner, a vitrine that pays homage to the craft of Native American turquoise jewelry holds a number of pieces. A portion from the sale of those pieces goes to a scholarship at an arts college in New Mexico, and Sheffield also does a lot of initiatives around cultural and habitat preservation in the wetlands. In addition, there’s also programming, and Sheffield plans to revive the tradition of salon sessions that brought together the artists, writers, and creatives of the late 19th and early 20th centuries. “It’s so cool to see the breadth of one creative concept stretched over so many different mediums, and through different people’s lenses,” said Sheffield of the Wiener Werkstätte.

Anna Sheffield’s approach to her jewelry is one that combines sustainability and transparency with creativity. “It’s themed around the Earth, natural materials, and the stewardship of the different projects that we do,” said the jewelry designer. 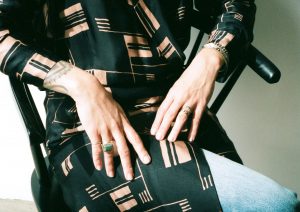 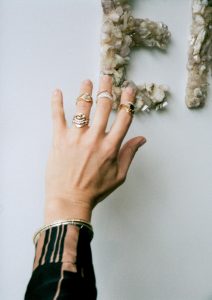 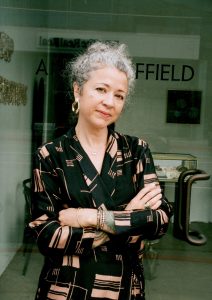 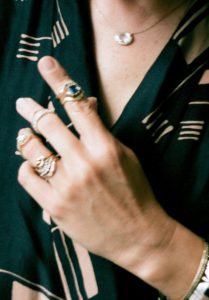